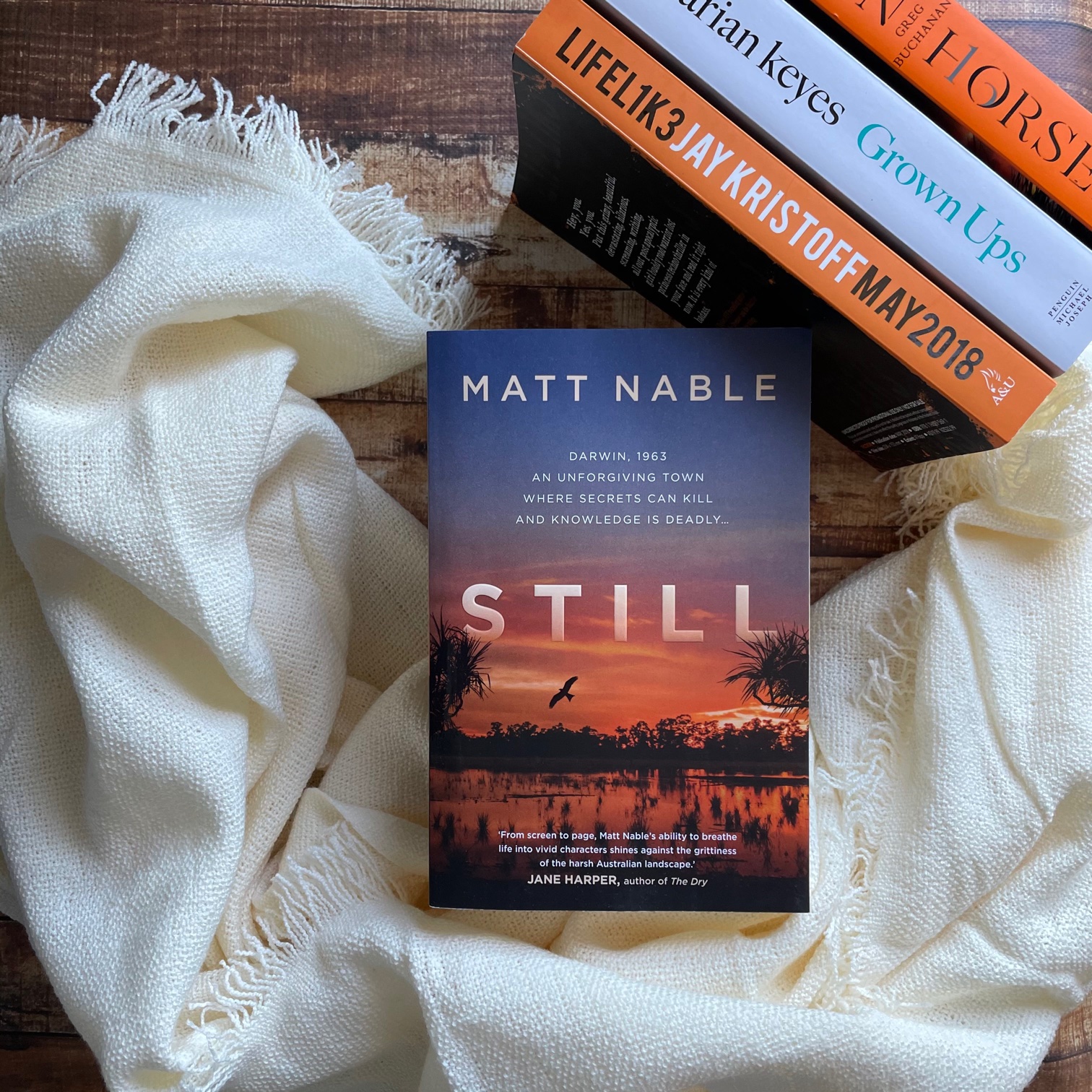 The humidity sat heavy and thick over the town as Senior Constable Ned Potter looked down at a body that had been dragged from the shallow marshland. He didn’t need a coroner to tell him this was a bad death. He didn’t know then that this was only the first. Or that he was about to risk everything looking for answers.

Late one night, Charlotte Clark drove the long way home, thinking about how stuck she felt, a 23-year-old housewife, married to a cowboy who wasn’t who she thought he was. The days ahead felt suffocating, living in a town where she was supposed to keep herself nice and wait for her husband to get home from the pub. Charlotte stopped the car, stepped out to breathe in the night air and looked out over the water to the tangled mangroves. She never heard a sound before the hand was around her mouth.

Both Charlotte and Ned are about to learn that the world they live in is full of secrets and that it takes courage to fight for what is right. But there are people who will do anything to protect themselves and sometimes courage is not enough to keep you safe.

Set in 1963 Darwin, Matt Nable’s Still is a rural crime drama that explores corruption and violence within the police force, racism, and the murder and cover-up of a local Indigenous man.

Matt’s strength lies in the story’s setting and atmosphere — the dry, humid, sticky Northern Territory. The crocodile-infested marshlands. The temperature and the desolate landscape leap off the page, contributing to a visceral and compelling rural crime story for fans of The Dry and Scrublands.

“Ned Potter, a fishing rod resting loosely on his hip, looked north. The Timor Sear in front of him, bumpy and moving in all directions, was rebounding in torn crests off the weathered edges of the rock platform he stood on. His short sandy hair moved with the wind across the sharp part on the left side of his scalp.”

Stylistically, the novel is written in third person and switches POV between policeman Ned Potter, a law-abiding but alcohol-addicted policeman who refuses to pin a local murder on two innocent men, and the young Charlotte Clark, whose marriage to her husband is not what she was anticipating. She feels trapped in her own home, craving more than the constricting life with her flawed and cheating partner.

My favourite storyline was Charlotte Clark — her storyline and her chance encounter with a beaten man propels the story forward. Whilst Ned is an interesting character, and the corruption in the town is an interesting story to unravel, I don’t think Ned could’ve carried this novel. Charlotte expands the story and the plot, and female readers may find themselves able to relate to elements of Charlotte’s life.

“Before Charlotte turned around, she saw a gust of wind sweep over the swamp and spoil the black slate of still water. The moonlight bounced off the disturbance and she caught the glowing eyes of a crocodile just before they sank beneath the water.”

Because it’s quite clear who is responsible for the murder quite early on, and because this novel is more about uncovering police corruption, Still feels quite unique in the crime genre. We’re following these characters to find out if justice will be served — this isn’t a whodunnit kind of story. Whilst this novel won’t be everyone’s cup of tea, there is plenty with these pages to keep a reader turning.

A small flaw but I did find a lot of the dialogue very unrealistic, particularly between Ned and the other policemen, and also the Mayor. The dialogue felt quite over-the-top, caricature and not at all natural. I felt that some of the masterminds behind the corruption could’ve been a bit more clever in their conversations — a bit more intimidating and coy, choosing their words carefully. As a result, some of these secondary characters, particularly the villains, felt a little underdeveloped and like cardboard cut-outs. I think there was room for more depth there, particularly in how they communicate with others.

“Ned sat across from Senior Sergeant Riley in the waiting room outside Mayor Landry’s office. They didn’t speak. Ned didn’t even look at Riley but could feel his glare. And he could hear his tongue running across his gums, loosening the remains of what he’d just eaten.”

Descriptive and gripping, Still is recommended for fans of crime, thriller and mystery. Readership skews male, 18+