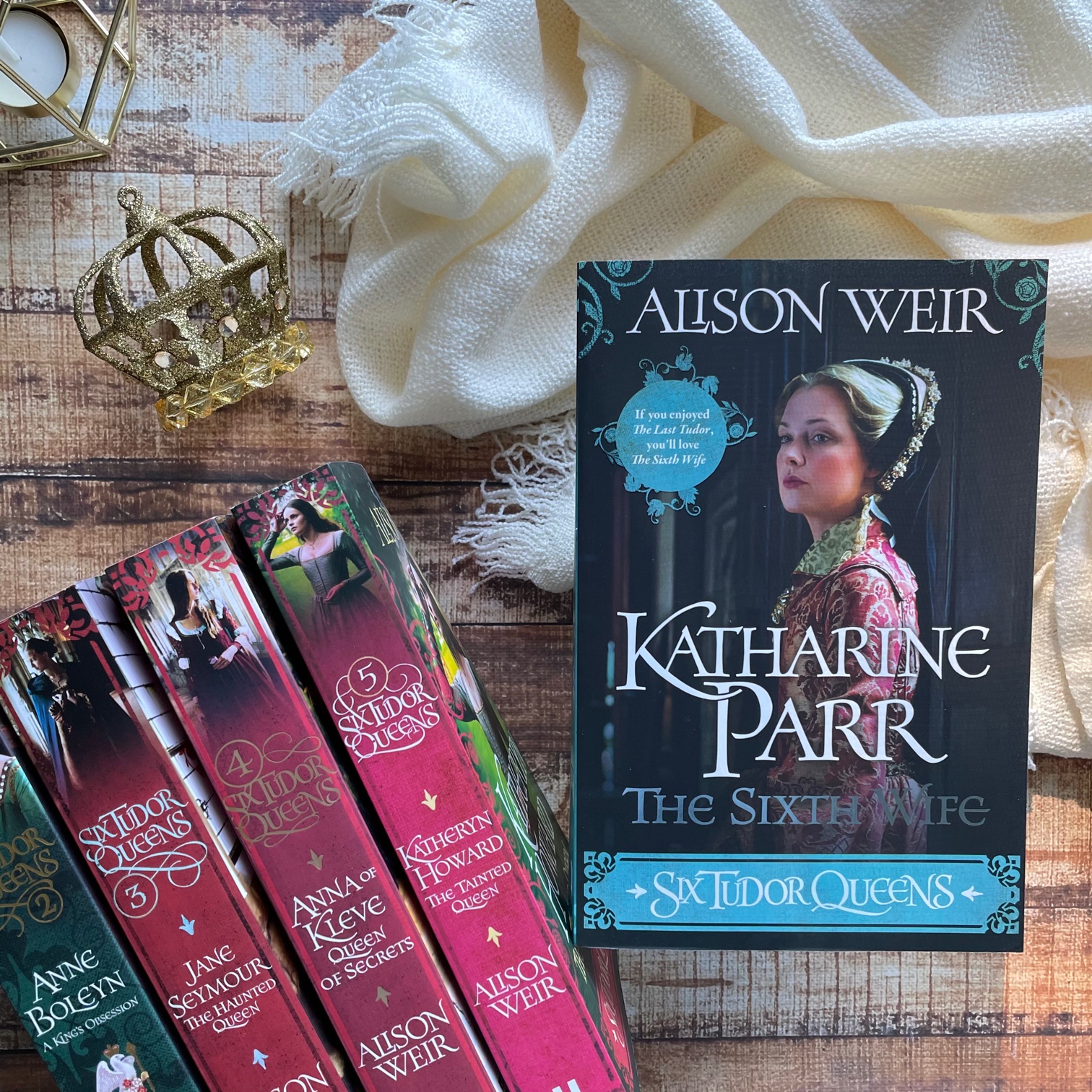 A woman torn between love and duty.

Two husbands dead, a boy and a sick man. And now Katharine is free to make her own choice. The ageing King’s eye falls upon her. She cannot refuse him… or betray that she wanted another. She becomes the sixth wife – a queen and a friend. Henry loves and trusts her. But Katharine is hiding another secret in her heart, a deeply held faith that could see her burn…

And so my favourite historical fiction series comes to a conclusion. Anyone who has been reading my reviews for the past few years will know how much I love Alison Weir’s Tudor Queens series. With meticulous research and appropriate embellishment to make for an interesting read, I’m quite sad that this is the final book in the series.

You can read my reviews of the preceding books in the series HERE.

Henry’s sixth and final wife, Katharine Parr, might just be one of his more mature and intelligent wives. She outlives him, of course, but she seems to be the only wife that manages to keep secrets from him and not get caught. Katharine knows when to fight her battles — she’s courageous and confident, but she’s also aware of her weaknesses. Given she was married four times in her relatively short life, she makes for an interesting story.

“It was June when Mother arrived, looking every inch the great lady in damask and jewels. Her manner when she greeted Lord Borough at the outer door was imperious, as befitted one who served the Queen. But Mother did not know that he despised Queen Katherine and knew that she was out of favour at court.”

Sharp and engrossing, fans of the Tudor age will find themselves enthralled in Katharine’s story. Whilst Katherine wasn’t thrilled to marry the King, she does so in the hopes she can sway him towards religious reforms. She practices her faith in secret, working to step away from Catholicism. Faith is an element that wasn’t explored as deeply through the other Queen’s perspectives, so it added something unique to this final book.

Like the other Queens, Katharine Parr works to position herself in roles of power, even though the time period didn’t benefit women. But unlike the others, Katherine knew when to fight and when to accept defeat, and that’s probably the reason she outlived the King.

“It was hard practicing her new faith in secret. She had to make an outward show of following religious custom, for she was too fearful of reprisals if she betrayed her true beliefs.”

Admittedly, it does take a bit of time for Katharine’s path to cross with King Henry, but Katherine does live a rather eventful life up until then. With two marriages and two dead husbands, it feels like she’s lived a lifetime by the time she’s crowned Queen. And her story is definitely not over then. I think some readers might find themselves surprised to love this book – Katharine Parr certainly isn’t the most well known of Henry’s six wives, but Alison crafts her into quite the interesting woman.

“Over the following days, she agonised over whether she should be encouraging Thomas’ friendship. The angel on her shoulder told her she should not, but the devil on the other assured her that it could do no harm.”

I feel there’s no more praise left to give for this series. Alison Weir’s Six Tudor Queens is highly recommended for fans of historical fiction, but I’d recommend you go back to the very beginning with Henry’s first Queen, Katherine of Aragon, to experience the full chronological journey. Readership skews female, 30+