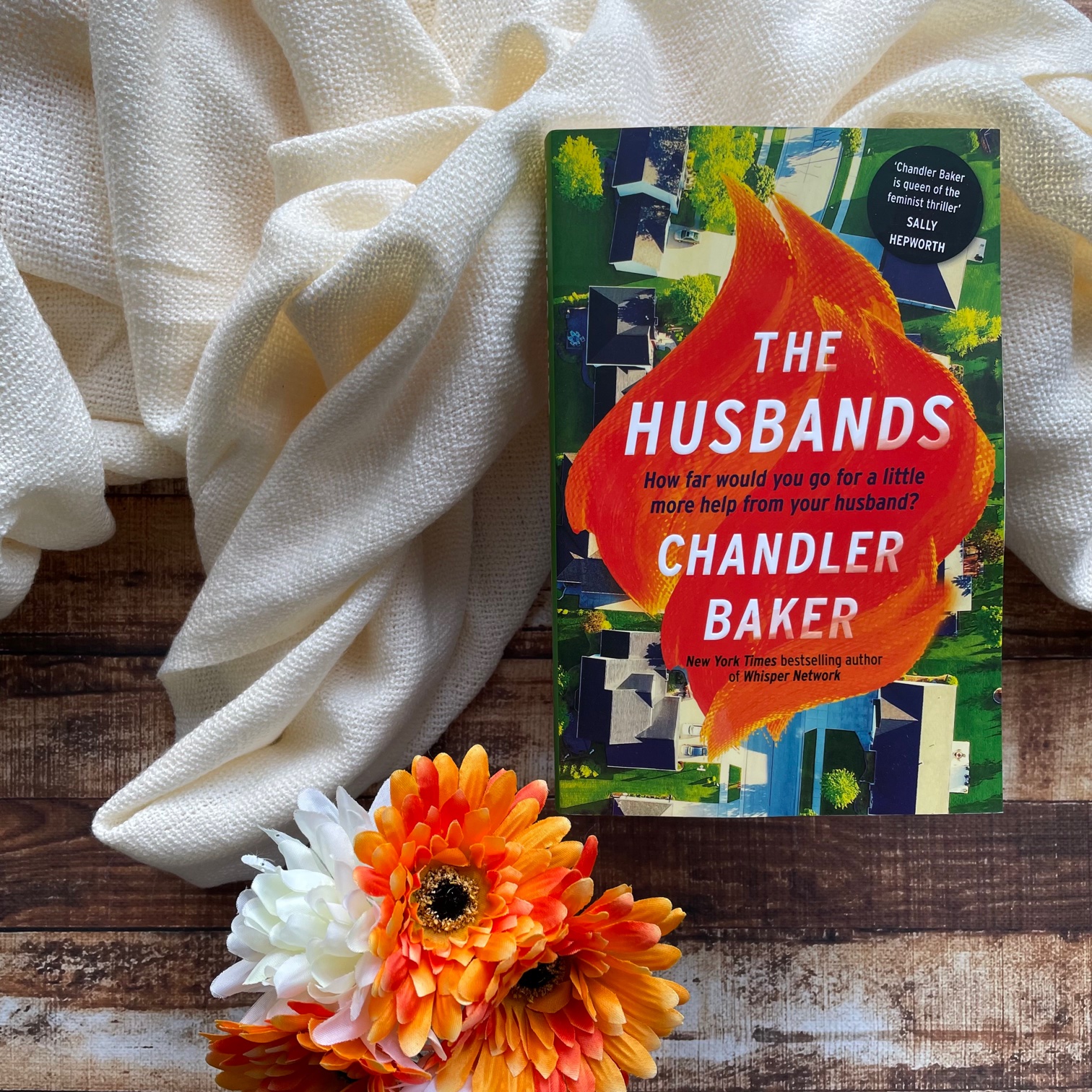 Welcome to the neighbourhood. We do things differently here.

Recently, Nora has started to feel that ‘having it all’ – a family, a soon-to-be new house, a successful career in law – comes with a price, one her husband doesn’t seem to be paying quite so heavily. She loves Hayden, but why is it that, however hard men work, their wives always seem to work that much harder?

Then her house-hunting takes them to an affluent suburban neighbourhood and Nora’s eyes are opened to a new world. One where women can have it all. One where the men actually pull their weight.

But a wrongful death case involving one of the local residents draws Nora further into this perfect world and she begins to realise that the secret of ‘having it all’ is far more complicated than she could ever have imagined. In fact, it may be worth killing for…

Feminist thriller The Husbands is Chandler Baker’s second novel, this time set in an affluent suburban community in Austin Texas, where the residents aren’t as they seem and protagonist Nora gets sucked into solving a strange house fire.

The Husbands is very reminiscent of Stepford Wives, where behaviour doesn’t quite have an explanation and each domestic relationship holds countless secrets. The Husbands imagines an environment where husbands pull their weight and responsibility is shared equally — an environment I’m sure many female readers wish existed.

“But he looked so sad. It was her fault — she’d been the one to go and marry an extrovert. And he’d really wanted to have one with Liv, only Nora had never gotten around to planning it. And anyway, he promised, promised, that they weren’t those kinds of parents.”

Strengths lie in the pacing and build-up of tension, drip-feeding clues to the reader and enticing us to keep flicking to the next chapter. The Husbands will please fans of thrillers and mysteries.

The characterisation of Nora will resonate with the reader, as Chandler does well to capture her frazzled, frustrated state of mind. She’s fed up and at the end of her tether, and Chandler captures moments of tension between Nora and her husband with relatable dialogue and scenes.

“Nora finds much of the explanation has flown over her head: Maybe she has one of those interrupted neural pathways. Science always makes her feel like a dimwit. But she makes an encouraging noise as they continue to walk and talk through the next corridor, where closed doors line either side.”

The premise of the novel isn’t anything new, nor is Nora’s character arc. A determined career woman trying to juggle a career and a family, with very little help from her dopey husband, feels like quite a common plot. But the mystery surrounding the Dynasty Ranch neighbourhood and the strange house fire that killed a man does add another layer to it that separates it from the rest of the genre.

I do wish the revelations at the end — in particular, the backstory provided by Cornelia — was less of an info dump. Cornelia’s truth would’ve been more interesting to discover had Nora stumbled upon some of it herself, instead of Cornelia just blurting it all out at the end of the book like a horror movie.

“Nora and Francine linger a moment longer, sizing one another up. Nora tries to sort through what her role here is, attempts to calculate which would be worse, to tell Cornelia and Asher or not to.”