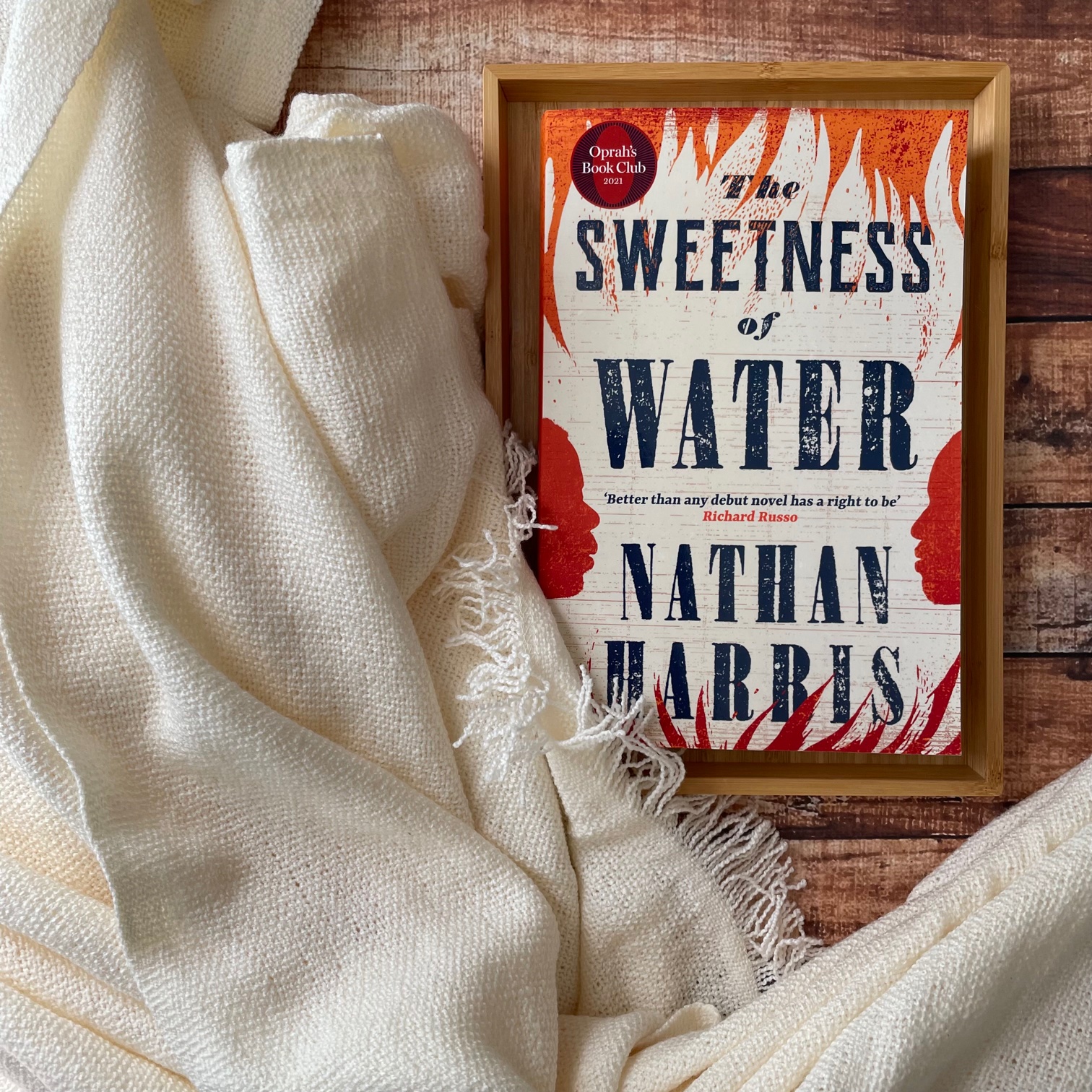 In the dying days of the American Civil War, newly freed brothers Landry and Prentiss find themselves cast into the world without a penny to their names. Forced to hide out in the woods near their former Georgia plantation, they’re soon discovered by the land’s owner, George Walker, a man still reeling from the loss of his son in the war.

When the brothers begin to live and work on George’s farm, the tentative bonds of trust and union begin to blossom between the strangers. But this sanctuary survives on a knife’s edge, and it isn’t long before the inhabitants of the nearby town of Old Ox react with fury at the alliances being formed only a few miles away . . .

Set during the Civil War and portraying life after slavery, Nathan Harris’ debut literary novel The Sweetness of Water is an incredible read. I’m so pleased to see that it’s been longlisted for the Man Booker Prize.

The Sweetness of Water takes place during a time of unrest and unease. The American Civil War is almost over and the enslaved are emancipated and allowed freedom, but tensions still run high and racism runs deep. There’s still a lot of resentment among white Southerners, as they struggle to accept that their superiority is slipping away. When the level-headed and moral farmer George Walker employs two former slaves on his property, the local townspeople in Old Ox are reluctant to accept his ways of operating. Characters clash and prejudice reigns. Soon, all lives will change.

“So it began that afternoon. A life of unhappiness that transcended George’s former independence, one of unity. Two lives merged. Her beauty was secondary to the strength of her character, the fortitude in which she housed her beliefs, her way of life, that same stubbornness that he shared himself.”

For a debut, the writing is almost faultless. Prose is stripped back but insightful. Written in third person, the book allows an intimate insight into George and his relationship with wife Isabelle, and their son Caleb. Initially thought to be killed during the Civil War, Caleb returns home unexpectedly, his face deeply scarred.

Exploring complex social problems in a time of great upheaval, Nathan has captured the era with ease. There’s just as much left unsaid and off the page, and there’s much to be admired about how Nathan has captured the three-dimensional, multi-faceted nature of his many cast of characters. Nathan draws together a series of tumultuous events that will attract an array of emotions from its readers – anger, frustration, sadness and concern. I don’t often cry when reading a book, but I cried reading this one.

“Prentiss and Landry arrived back to their camp late enough that the shade of the trees brought goose bumps to their skin. Prentiss had no mind to eat, even with the potatoes in his knapsack that he’d got from the man in the tent. He was hungrier for sleep.”

Nathan possesses a sensitivity and compassion when writing about this time period. There’s something about his prose that feels historical – omniscient and encompassing, but gentle. Dialogue features sparingly, and Nathan lets internal monologue carry a lot of the book. We learn about histories through memories and reflection, as each character realises the lessons they’ve learnt and the trauma they’ve been dealt. Tragedy looms large in this story.

The Sweetness of Water asks the question, what does it really mean to be free?

“They had opened his face with the butt of a rifle. He’d cupped his face with both hands, but no amount of dabbing at the wound could prevent the blood from slipping through his fingers and wetting the ground.”

Poignant, intelligent and expertly written, The Sweetness of Water is for lovers of literature. Literary readers, historical fiction fans. This book reminded me of To Kill A Mockingbird. Readership skews 25+