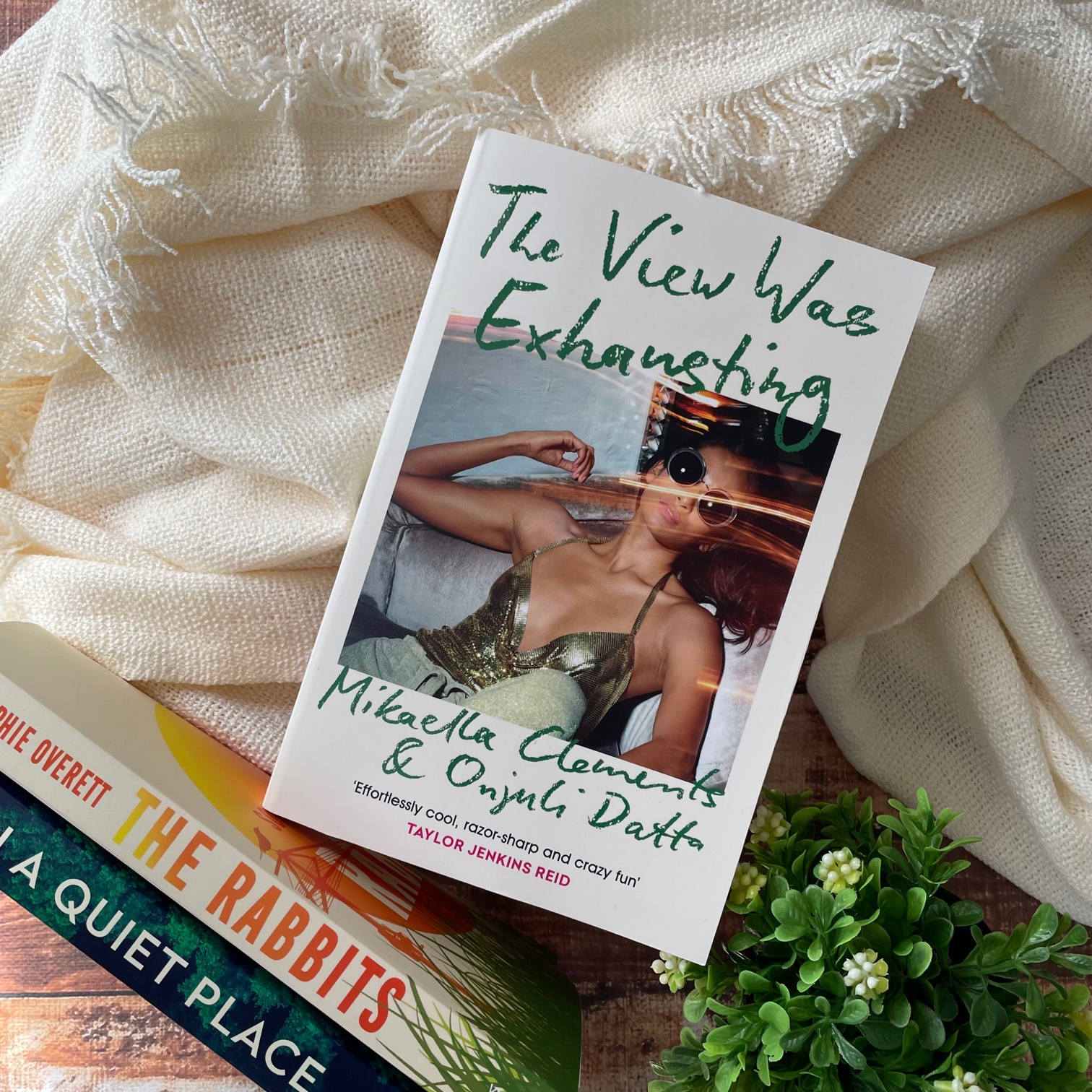 Whitman ‘Win’ Tagore and Leo Milanowski are the greatest love story of our time. International movie star meets the beautiful son of a millionaire. Their kisses write headlines and their fights break the internet. Nobody needs to know it’s not real.

Win knows that Hollywood demands perfection – especially from a woman of colour. Leo just wants to enjoy life, and shift press attention away from his dysfunctional family.

Together they control the narrative. Except this time, on the shores of Saint-Tropez, Leo is hiding a secret that is about to send Win’s world spinning. Now everyone’s dream couple must confront the messy reality of their relationship. Just as they’re starting to realise that they might actually be falling in love…

Co-authored by married couple Mikaella Clements and Onjuli Datta, The View Was Exhausting is a contemporary love story set within the high-pressure, fast-paced world of Hollywood royalty, diving into the complex political competition of celebrity culture and efforts undertaken to stay relevant in such a fast-paced society.

This book surpassed all of my expectations. The writing is sleek and stripped, the characters alive and multi-dimensional. I felt like I was glimpsing into the glamorous lives of the rich and famous, desperate to turn the page. Don’t let the blurb mistake you — this is about so much more than a relationship. It’s about identity, perception and image, and what we project to the world versus what we’re like behind closed doors with our closest family and friends. Above all else, the prose is beautiful.

“Win leaned back and exhaled. It had been a successful week of parading Leo up and down the coast. The public was back on her side. Her image had been revitalised. The first thing that came up when you googled her was a barrage of excited rumours about The Sun Also Rises.”

Flashbacks are embedded within chapters so we come to understand how their seven-year partnership began, and how it’s evolved and developed over time. Leo doesn’t really need Win, but Win frequently needs Leo.

As a British Indian woman, Win has to grapple with her identity as a woman of colour as well as a woman on the cusp of global stardom. She has to work harder than others to maintain her facade, because it’s been so easy for others to tear her down.

The View Was Exhausting feels like escapist fiction, because the settings in the novel seem like a character itself. Win and Leo fly between glamorous locations and parties, carefully working to construct a narrative around their relationship that will keep them in the news for the right reasons. Publicist Marie is a fun character, and one of my favourite. Without her, Win wouldn’t know how to build her reputation back up each time it shatters. Marie is no-nonsense and brutal, doing what she can to protect the reputation of her clients.

“It made him feel like a sulky child, unimportant and neglected, like he was part of his dad’s entourage again. He would have complained, except he was absolutely certain that Win knew and was doing it deliberately.”

I do wish there was more chemistry between Win and Leo. I’m not sure I really bought their love for each other — fake or real. Their connection was so fraught and tense for so much of the book, we don’t really witness enough tender or happy moments from them to see what a real relationship between them could resemble.

In fact, the most compelling scenes between them were when they were arguing, because their true feelings about the other and their flaws were revealed — it was quite an interesting character study to read their dialogue during moments of conflict.

“But it was becoming clear that her work wasn’t enough. And if she didn’t want to squander her gift, if she wanted to stay true to her ambition and her father’s belief in her, she would have to make sure that she got the opportunities she needed.”

Sharp, atmospheric and affecting, The View Was Exhausting is recommended for literary readers, and fans of domestic and romantic tales. If you love Taylor Jenkins Reid, you’ll love this. Readership skews female, 25+