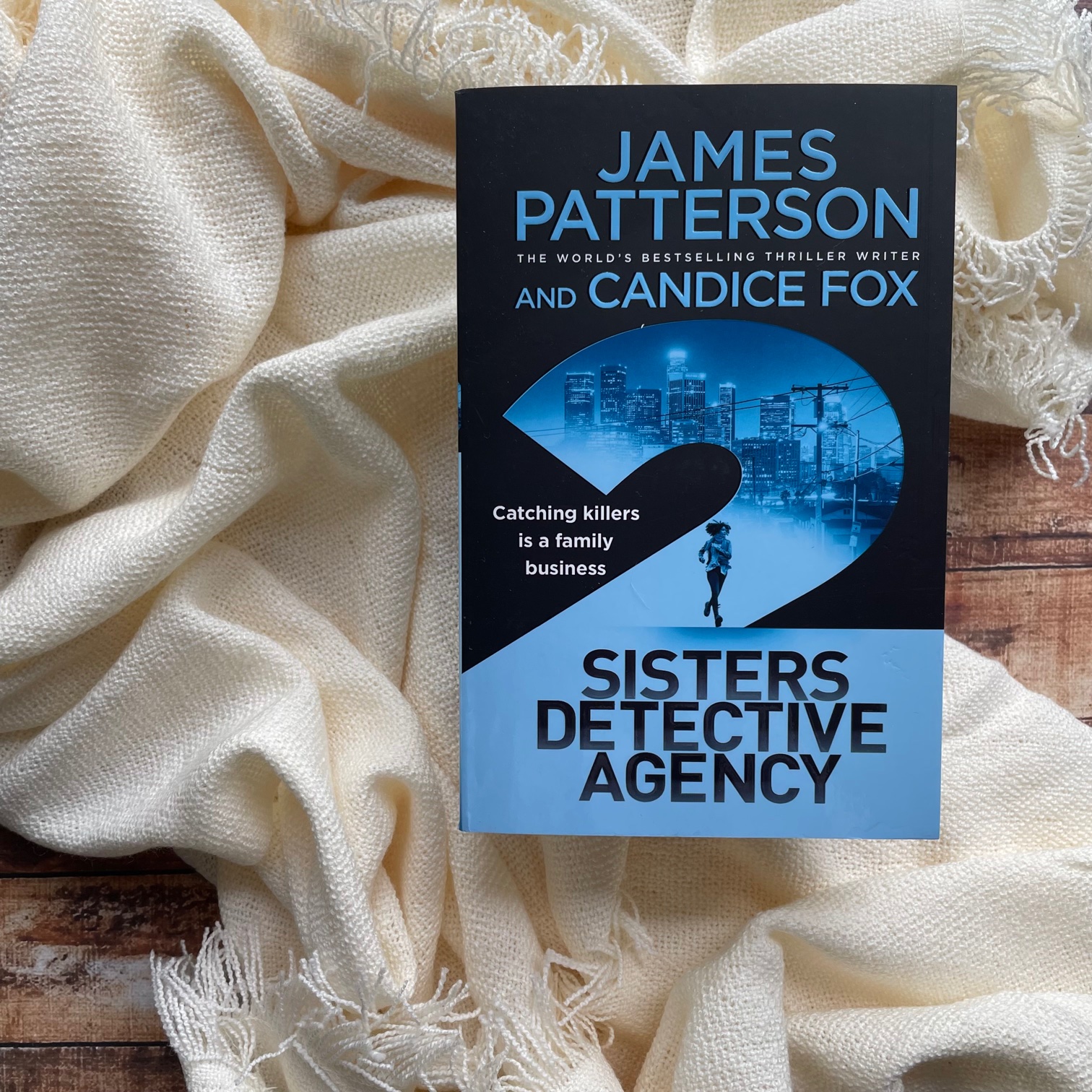 Two sisters go into the family business they didn’t know they had – catching killers. Attorney Rhonda Bird returns home to LA to bury her estranged father, and discovers that he left her two final surprises.

The first is a private detective agency. The second is a teenage half-sister named Baby.
When Rhonda goes into her father’s old office to close down the business, she gets drawn into a case involving a young man who claims he was abducted.

The investigation takes Rhonda and Baby to dark and dangerous places. Soon they are caught in the crosshairs of an angry criminal cartel and an ex-assassin seeking revenge . . .

Renowned suspense writers James Patterson and Candice Fox unite once again for the 2 Sisters Detective Agency, which follows a revenge-driven father as he hunts down his daughter’s attackers, and a young public defender whose father’s death unearths dangerous family secrets. Over time, the two timelines begin to intersect.

The novel features quite a large cast of eccentric characters – the tall, pink-haired and striking public defender, her savvy half-sister, and a psychotic, budding murderer lacking any remorse. Don’t expect every character to survive.

“Vera arrived late. She always did. She liked to keep them waiting, give them an opportunity to talk about her. The more people talked about you while you weren’t around, the more mythical you became. The more powerful.”

Whilst the story is complex and it does take a bit of time to wrap your head around the two unfolding storylines, this does allow for a complex but satisfying thriller. Each chapter is quite short, allowing for a quick and punchy read.

The strongest character probably should’ve been Rhonda, but personally, I loved Vera the most. Young, dangerous but very intelligent, she’s found her passion in being a criminal. She’s experimenting more and more, hurting people she feels deserve it but feeling no remorse for her actions. When she and her ‘crew’ break into the home of ex-assassin Jacob Kanular, it sets off a high-stakes game of cat-and-mouse that puts her entire group at jeopardy.

Rhonda’s storyline is not as fast-paced; it’s a mixture of plot-driven and character-driven. When her father, who she hasn’t seen or communicated with in twenty-five years, dies, she’s forced to take on his business and custody of his teenage daughter – Rhonda’s half-sister, who she didn’t know existed. So whilst she becomes entangled in a deranged murder plot, she’s also trying to navigate the sudden existence of a teenage sibling whose safety is her responsibility.

“Another thunk behind him. Another into the boulders of granite either side of him. He followed the narrow natural trail, stumbling over cactus and rocks, falling and getting up and pulling himself onward as the shots followed him into the night.”

Admittedly, where the story falters is the POV shift between chapters. The novel largely follows Rhonda and her chapters are written in first person. But occasionally there are other chapters following Jacob or Vera, or someone else from Vera’s crew, and they’re written in third person. This stylistic decision felt really disjointed and often I started a chapter with absolutely no idea whose story I was following – it would’ve been really helpful if each new chapter had the characters’ name alongside the chapter number, so we knew whose story we were now jumping to.

Other than this, I felt like Baby’s characterisation was a bit caricature and unnatural – she gets better throughout the novel, but when we meet her she seems like a stereotypical depiction of a teenager, and not very three-dimensional.

The only other element that I felt was a bit liming was the romance in the novel. It was small and almost inconsequential. It bubbled so late in the novel it didn’t seem realistic, and I feel like if you took it out of the book it’d make no difference.

“Jacob felt his lip twitch. It was the only outward sign of the boiling, searing rise of fury inside him, the stirring of old reserves of killer rage. He rolled the video back.”