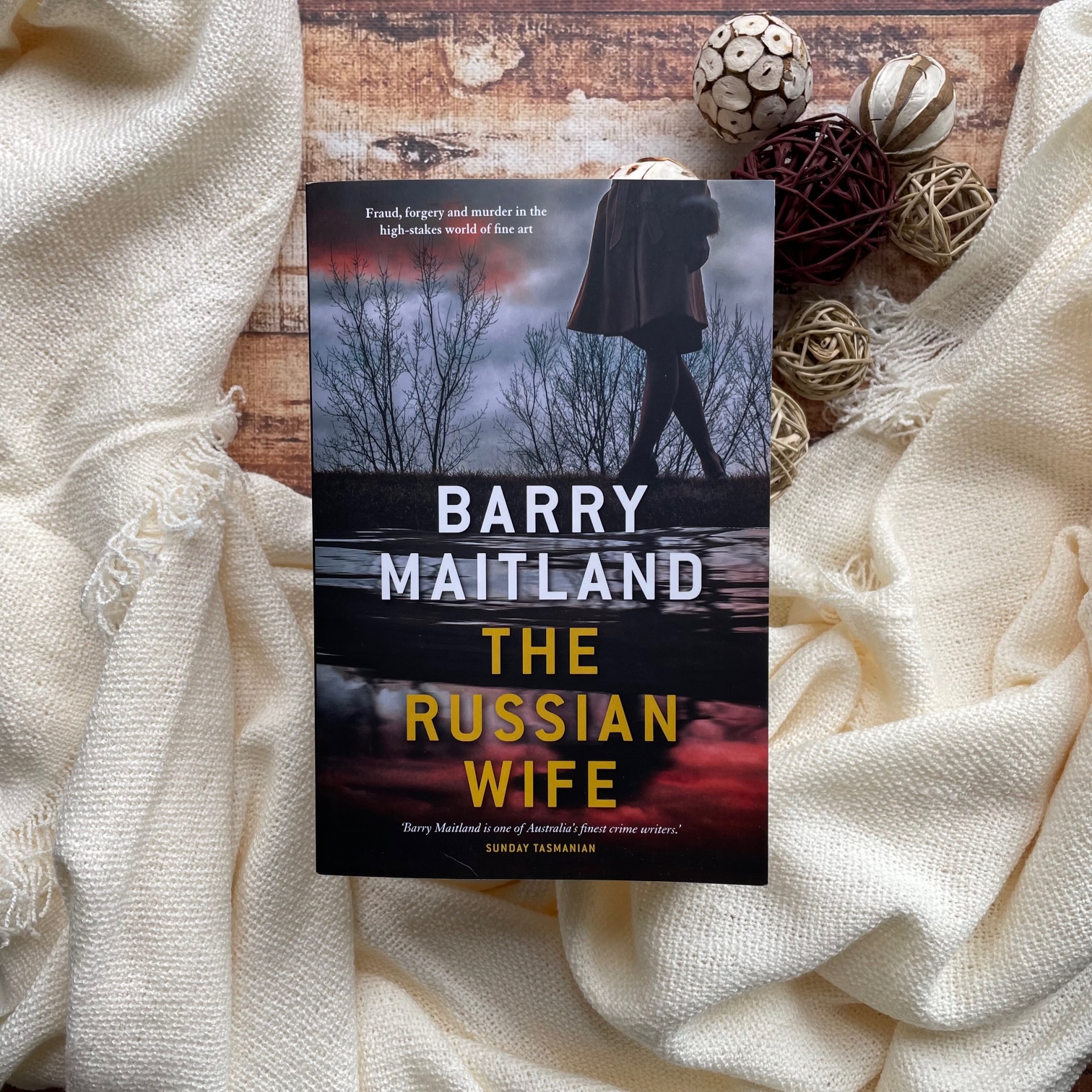 When the Russian wife of the owner of one of the most valuable private collections of modern art in the UK is found dead, Detective Chief Inspector David Brock is drawn into a high-stakes world very different to his own. From the dealers and galleries in London’s West End, his investigations take him to Hanover, Miami and New York on the trail of international forgery and fraud.

At the same time, his old colleague Detective Chief Inspector Kathy Kolla, who now leads one of the Metropolitan Police Murder Investigation teams, finds herself at the wrong end of a corruption charge. With her whole career in the balance, she will do almost anything to clear her name.

Barry Maitland’s The Russian Wife is an extension of his well-loved crime series, following UK detectives David Brock and Kathy Kolla. Whilst this may be the 14th novel featuring these characters, Barry offers required explanation when referencing old storylines so that new readers don’t feel lost.

A standard police procedural, the core crime is about the apparent suicide of a Russian woman. But soon, when her lover also appears to commit suicide, it becomes clear there’s more to the story than what’s on the surface.

“They moved back out to the hall and Julian went upstairs to continue his search. Brock waited in the hallway, wondering what Miki had taken from the house in such a hurry; his mother’s computer?”

The Russian Wife is heavily embedded in the world of fine art and art fraud. Strengths include characterisation, particularly the secondary characters. Whilst it’s clear that the Russian wife’s death was not suicide at all, there are quite a few people in her life that could’ve been responsible so it does provide quite a bit of intrigue.

Whilst Barry’s writing style appears quite direct and perhaps flat, it does suit the genre well because it keeps the story stripped and fast-paced. We’re not bogged down by the writing or the prose — only relevant information is kept.

The book is let down by its Kathy Kolla storyline — it doesn’t tie in with the rest of the novel at all. She’s hunting a serial killer, and then suddenly suspended from her job over suspicion of corruption, but the problem appears to solve itself rather quickly without Kathy really doing anything. And then the storyline ends.

It’s incredibly lazy writing and completely unrealistic. The monologue confession is almost too easy, and then when the storyline wraps up Kathy merely moves on and it feels like the entire first half of the book was for nothing. It doesn’t feel like the two characters — Kathy and Brock — are working seamlessly in the book. They’re in conflict, and I think readers will feel disappointed with the plotting.

“Molly listed the three things that were necessary for an artwork to be recognised as authentic: an expert scholar of that artist’s work would have to agree that it looked right; forensic tests would have to confirm that the age and character of the work’s materials were appropriate; and there should be documentation connecting the present owner back to the artist in order to establish provenance.”

Fans of Barry’s works will enjoy this latest offering, but I do think seasoned crime and thriller readers will find themselves a little let down by the plotting of The Russian Wife.