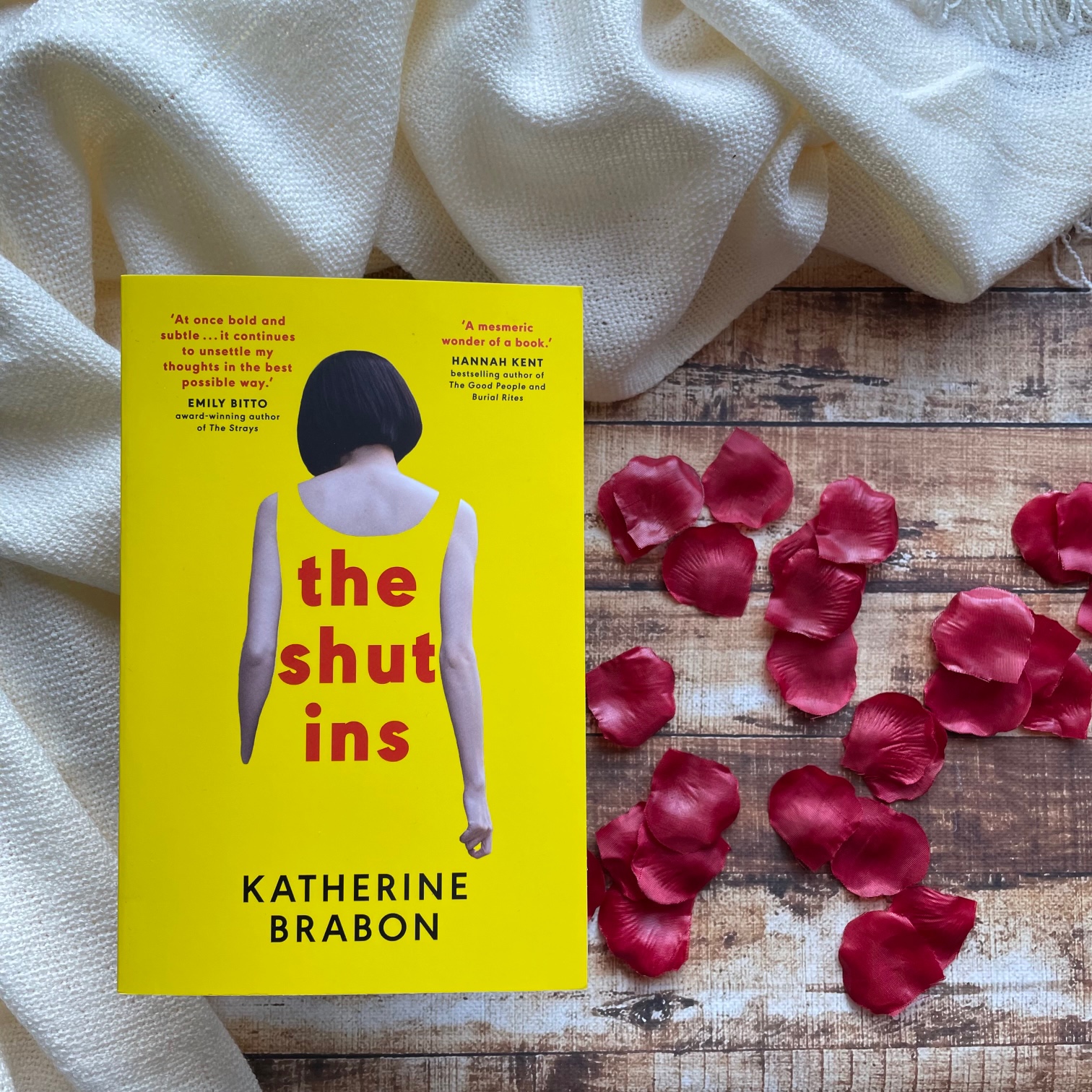 Mai and Hikaru went to school together in the city of Nagoya, until Hikaru disappeared when they were eighteen.

It is not until ten years later, when Mai runs into Hikaru’s mother, Hiromi Sato, that she learns Hikaru has become a hikikomori, a recluse unable to leave his bedroom for years. In secret, Hiromi Sato hires Mai as a ‘rental sister’, to write letters to Hikaru and encourage him to leave his room.

Mai has recently married J, a devoted salaryman with conservative ideas about the kind of wife Mai will be. The renewed contact with her old school friend Hikaru stirs Mai’s feelings of invisibility within her marriage. She is frustrated with her life and knows she will never fulfill J’s obsession with the perfect wife and mother.

What else is there for Mai to do but to disappear herself?

Katherine Brabon’s The Shut Ins is literary fiction set in Japan, exploring family and connection, and what it means to belong to another. As the book is steeped in Japanese culture and connection, the book also explores societal, familial and generational pressure — how society places unexpected pressure on its inhabitants, and is quick to condemn those who don’t appear to conform.

Broken up into four sections, we move between housewife Mai, escort Sadako, the mother of Mai’s childhood friend Hiromi Sato, and the childhood friend himself Hiraku. Mai and Hiraku are written in first person, and the other two perspectives in third. Each section of the novel resembles a short story — a snapshot of that person’s life as it interacts with another character from the book. Once completed, we move to the next perspective and we do not revisit the previous character’s mind.

Interwoven throughout the book are reflections from Katherine about her time living in Japan, and how her interactions and experiences helped shape the book.

“The apartment does not feel familiar to me, despite all the years I lived here. With a frightening, cold feeling, I think of the apartment where I live with J, that it is not home to me either.”

Katherine captures the setting and environment with ease. Some critics have compared her to Murakami, and I can see the similarities in writing style — the stripped back, bare nature of it all. The blunt observations, the feelings and emotions left off the page.

Structurally, the novel works well in connecting the four pivotal characters. Whilst Sadako’s connection to Mai is slim, her voice is perhaps the most colourful and layered, her story offering insight into Mai’s husband that the other perspectives don’t venture into. Each character experiences some form of loneliness and isolation in their lives, and their interactions with others offer reprieve and motivation to understand more about what they’re experiencing.

Naturally with a novel that follows four different characters, there are going to be some you resonate with more. Personally, I thought Mai and Sadako were the most compelling characters with the most interesting character arcs. Unfortunately, I cared very little for Hiromi or Hiraku and found myself skimming their sections.

Outside of this, I quite enjoyed the novel and found it flowed with ease. It’s not overly long, so could be read rather quickly.

“Sadako started to form a mental image of this woman, of the apartment where she and J lived in Nagoya, a city she had never seen, and of the life they lived there together. Often J would complain about something his wife had specifically failed to do, some interaction she was guilty of…”

Recommended for literary readers, and those drawn to short stories or novellas. Readership skews female 30+