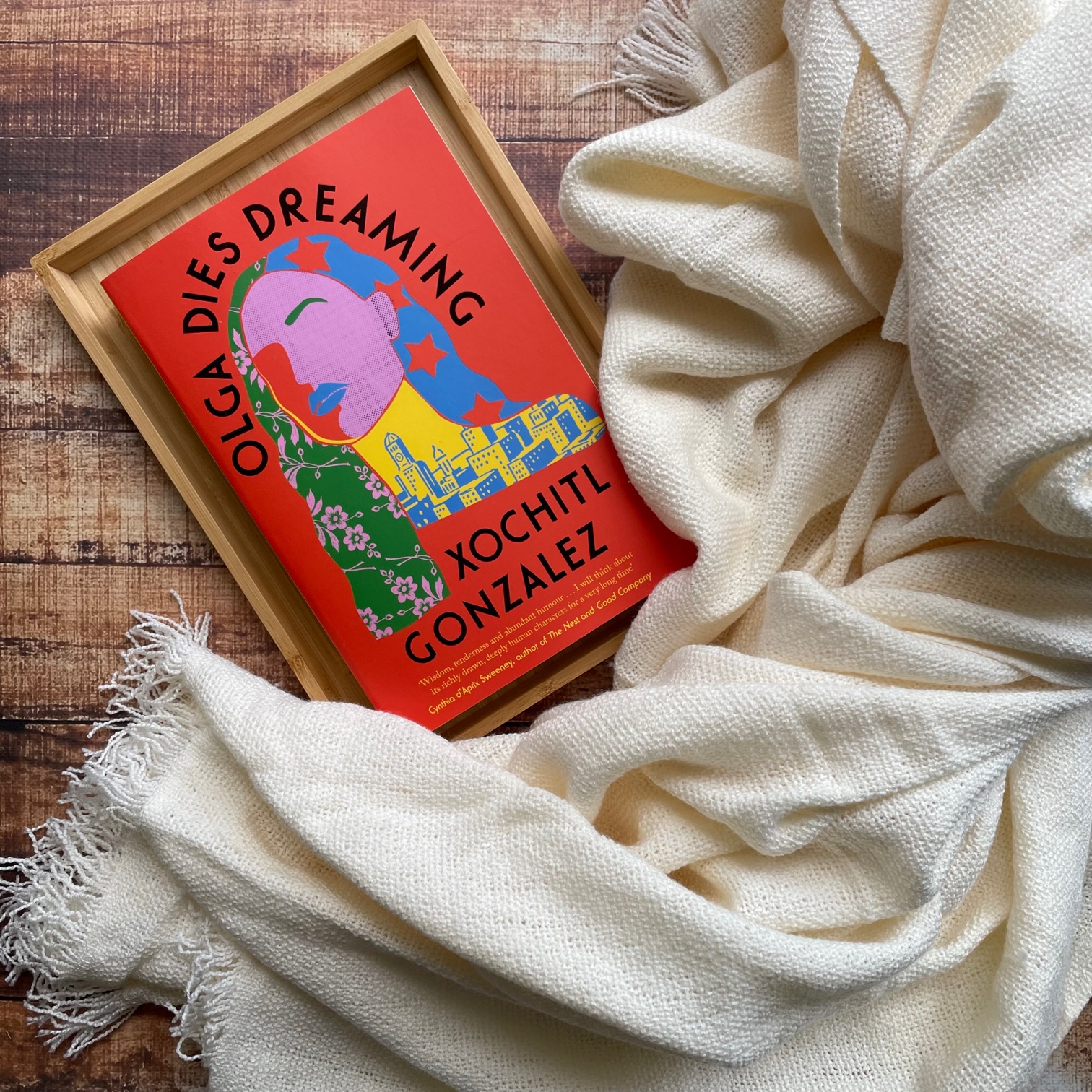 It’s 2017, and Olga and her brother, Pedro ‘Prieto’ Acevedo, are bold-faced names in their hometown of New York. Prieto is a popular congressman representing their gentrifying, Latinx neighborhood in Brooklyn, while Olga is the tony wedding planner for Manhattan’s power brokers.

Despite their alluring public lives, behind closed doors things are far less rosy. Sure, Olga can orchestrate the love stories of the one percent, but she can’t seem to find her own . . . until she meets Matteo, who forces her to confront the effects of long-held family secrets.

Twenty-seven years ago, their mother, Blanca, a Young Lord-turned-radical, abandoned her children to advance a militant political cause, leaving them to be raised by their grandmother. Now, with the winds of hurricane season, Blanca has come barreling back into their lives.

Set against the backdrop of New York City in the months surrounding the most devastating hurricane in Puerto Rico’s history, Olga Dies Dreaming is a story that examines political corruption, familial strife and the very notion of the American dream – all while asking what it really means to weather a storm.

Xochitl Gonzalez’s Olga Dies Dreaming is a revolutionary, multi-generational tale about family, race, identity and politics. Two Puerto-Rican siblings living in gentrified Brooklyn are grappling with their responsibility to their mother — a radical activist who abandoned the family when protagonist Olga was twelve years old. She is now thirty-nine and her mother is a fugitive fighting for Puerto Rican independence, meanwhile manipulating her two children in a series of letters scattered throughout the novel.

Olga Dies Dreaming is a pointed commentary about American society and politics — about race and poverty, and how societal structures within America ensure that the poor stay poor, and the wealthy only gain more power. Whilst some of the political aspects of the novel may go over readers’ heads, the carefully crafted plotting and pacing still allows for an enjoyable read.

“Sometimes, when he contemplated the direction of his life, he felt his wounds were self-inflicted. He ran for office because everyone ignored his neighbourhood…these days, all eyes were on Sunset Park, and it was he, Prieto, who had put them there. For better and for worse.”

At their core, Olga and her brother Prieto are trying to prove that they’re more capable than what others believe. Olga is a savvy wedding planner, successful but depressed. Prieto may be a popular U.S congressman but he is hiding in the closet and is being blackmailed by high-powered real estate moguls. Both siblings are grappling with the trajectory of their lives.

Set mainly in the Summer of 2017, Xochitl’s writing is slick and omniscient — she’s an incredibly talented writer and this is an equally impressive debut. Her writing is observant and conveys layered emotion. Chapters end with open-ended dialogue or observations, allowing deeper character observation for the reader.

“He didn’t, in fact, agree with that assessment; he sometimes felt Olga underestimated him. When it came to business at least, Dick always saw the dark sides of things, but his gift, he felt, was for sensing the opportunities that often lie in wait.”

The pacing does differ across the course of the novel and the middle third of the book in particular feels painfully slow. The final part of the novel, once the hurricane hits, holds a much more consistent and engaging flow.

Readers who aren’t overly invested in literary fiction, nor interested in a novel that provides commentary on the American sociopolitical environment, admittedly might find their interests lulling throughout the story.

“Close up, Olga could see that Matteo was quite handsome underneath his scruffy semi-beard. He had a splattering of freckles and the kind light brown eyes that Olga used to call Coca-Cola coloured when she was a kid.”