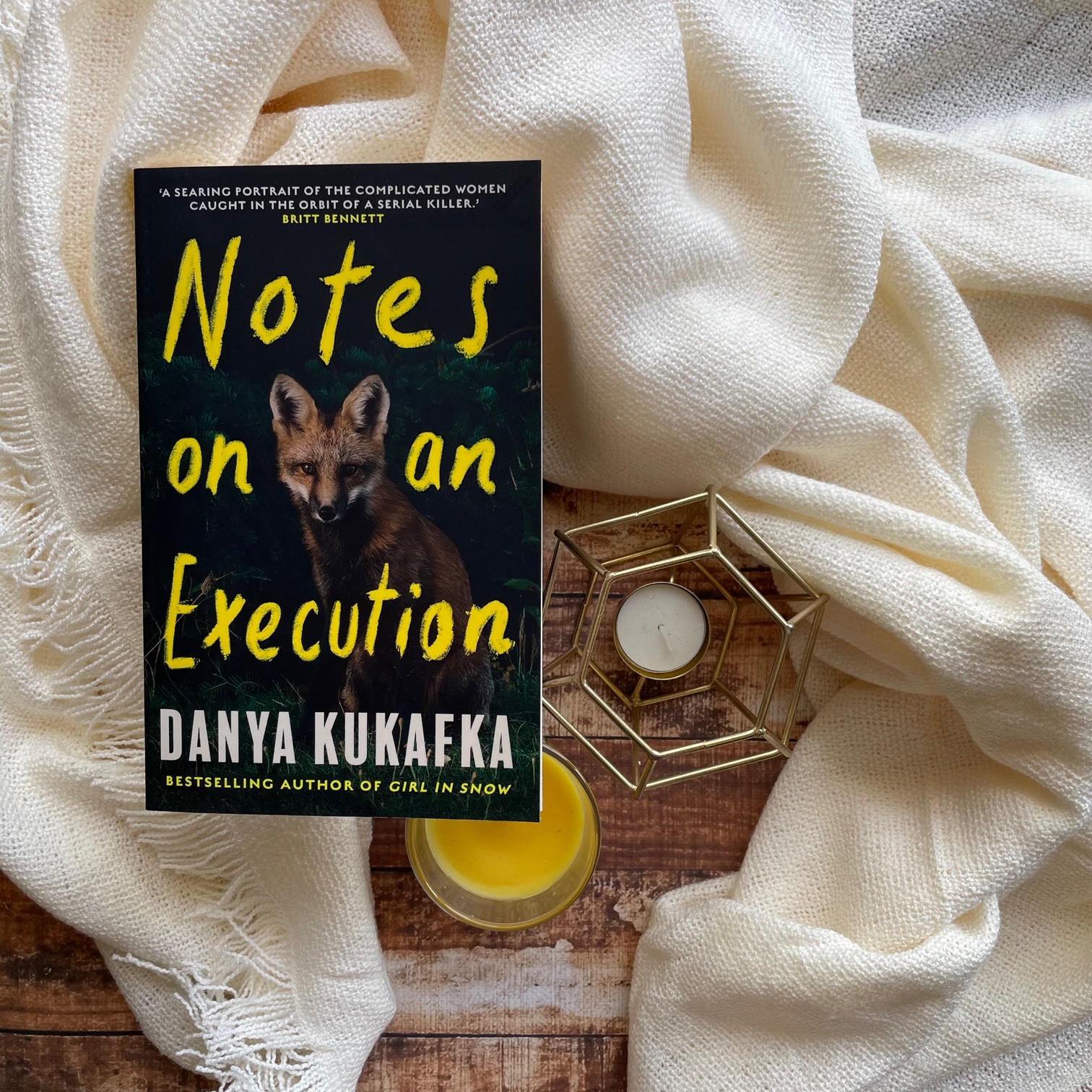 Ansel Packer is scheduled to die in twelve hours.

He knows what he’s done, and now awaits the same fate he forced on those girls, years ago. Ansel doesn’t want to die; he wants to be celebrated, understood.

But this is not his story.

As the clock ticks down, three women uncover the history of a tragedy and the long shadow it casts. Lavender, Ansel’s mother, is a seventeen-year-old girl pushed to desperation. Hazel, twin sister to his wife, is forced to watch helplessly as the relationship threatens to devour them all. And Saffy, the detective hot on his trail, is devoted to bringing bad men to justice but struggling to see her own life clearly.

This is the story of the women left behind.

Blending breathtaking suspense with astonishing empathy, Notes On An Execution presents a chilling portrait of womanhood as it unravels the familiar narrative of the American serial killer, interrogating our cultural obsession with crime stories, and asking readers to consider the false promise of looking for meaning in the minds of violent men.

Danya Kukafka’s Notes On An Execution offers a reprieve from the stereotypical ‘serial killer’ novel. We meet Ansel Packer in a Texan prison on the day he is scheduled to be executed for murdering multiple women. There is no doubt that he’s the murderer — he’s confessed to it, he acknowledges it. But who did he hurt and how did events unfold?

To fully understand this, we meet three women whose lives interacted with Ansel’s at titular moments in his life. The story toggles between multiple storylines, traversing different points of view and moving between the past and the present. As someone who devours serial killer stories, I found this book to be an incredible read.

“That night, Lavender slept sitting up in the storage room, an iron paper towel rod clutched in her hand like a gun. She found it when she reached for her sweater — a cold lump in the breast pocket. It was the locket she’d given to Ansel, curled up regretful. She’d unclasped it from his neck the last time she’d given him a bath and pocketed it thoughtlessly.”

Danya’s writing is beautiful —poetic and addictive. Her characterisation is skilled and flawless. It’s rare for me to give such glowing praise for a novel but I really did love this one (I completed it in half a day, I was so desperate to finish).

We are driven forward by Ansel’s inevitable death — the countdown to his execution. These other stories, offered intermittently and almost chaotically, are a glimpse into the past.

The three women we meet in this novel are Lavender, Ansel’s mother, Hazel, the sister to Ansel’s wife, and Saffy, the detective who lived with Ansel in foster care and is now tasked with proving he’s responsible for the murders. Each shift in POV isn’t for very long, and we move through the past with quick pacing and little time to reflect. This novel is designed to paint a portrait of Ansel’s life to dates so that we might come to understand his rocky descent into murder.

“If there was a before, it began with Lavender. She was seventeen years old. She knew what it meant, to bring life into the world. The gravity. She knew that love could swaddle you tight, and also bruise. But until the time came, Lavender did not understand what it meant to walk away from a thing she’d grown from her own insides.”

Ansel’s chapters are written in second person — the confronting ‘you’ triggering a sense of dread and unease as the reader settles into Ansel’s story. Whilst we never feel like we understand him or his actions, his life and his story is the centrefold of this tale — everything else merely revolves around him as we are propelled towards his death.

Overall, the pacing and character development drew me in and kept my engaged throughout the entire novel. i did find the climax of the novel to be a little skimmed over — Ansel’s sudden deterioration into the final murder didn’t feel natural or realisitc. But when it comes to murder, and even multiple murders, a person’s actions don’t always make sense do they?

“Here is what you remember of your mother. She is tall, and she is mostly hair. She crouches in a garden, lazes in a rocking chair, sinks into a rusty claw-foot tub. Sometimes the tub is filled with water and your mother’s long dress floats wet like a jellyfish. Other times she is dry — she holds out a strand of her own hair, a gift, glistening orange.”

Haunting and ambitious but addictive, Danya Kukafka ’s Notes On An Execution is recommended for readers of literary fiction, thriller and crime fiction. Additionally, readers looking for serial killer stories or female-centric writing will enjoy this. Readership skews 25+