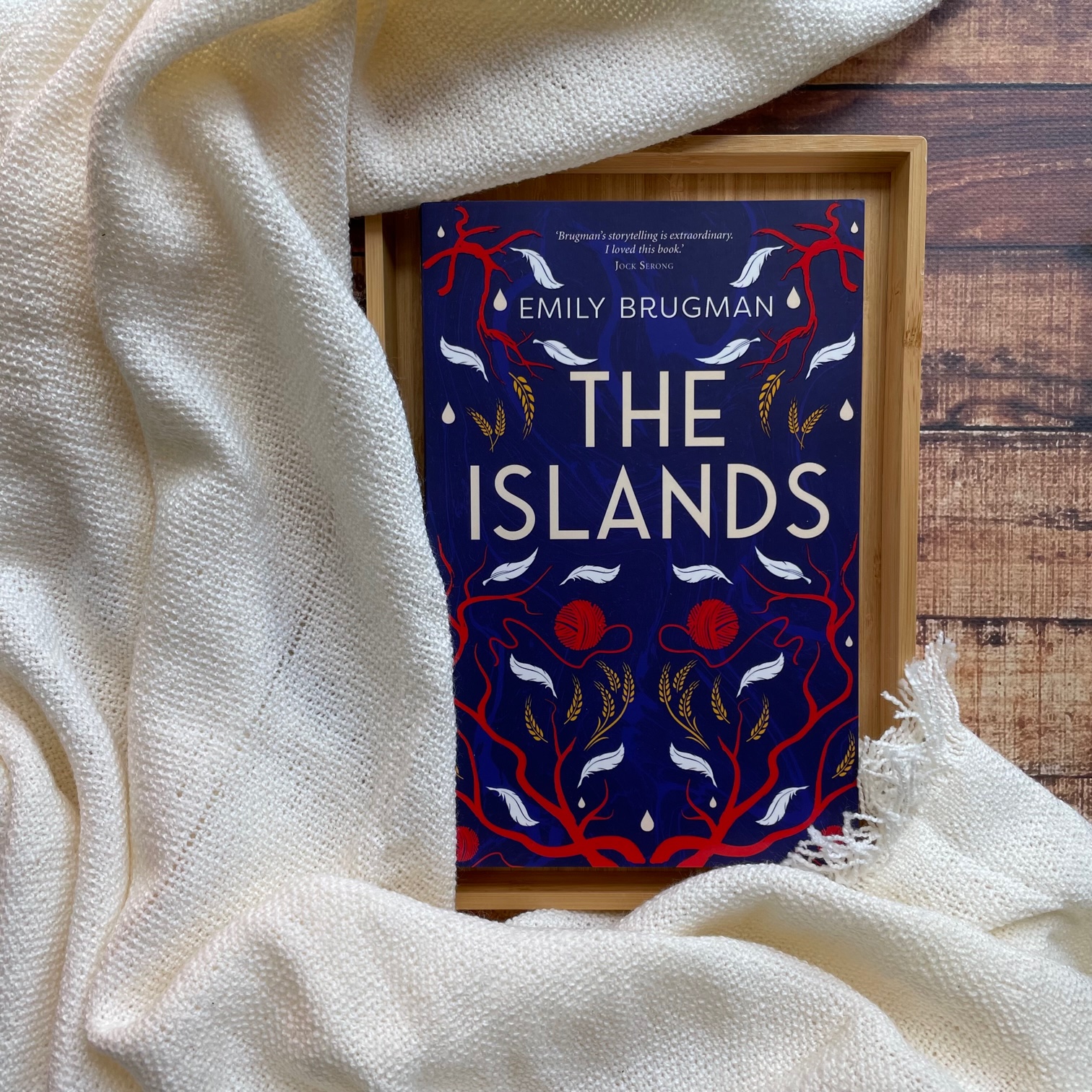 In the mid-1950s, a small group of Finnish migrants set up camp on Little Rat, a tiny island in an archipelago off the coast of Western Australia. The crayfishing industry is in its infancy, and the islands, haunted though they are by past shipwrecks, possess an indefinable allure.

Drawn here by tragedy, Onni Saari is soon hooked by the stark beauty of the landscape and the slivers of jutting coral onto which the crayfishers build their precarious huts. Could these reefs, teeming with the elusive and lucrative cray, hold the key to a good life?

The Islands is the sweeping story of the Saari family: Onni, an industrious and ambitious young man, grappling with the loss of a loved one; his wife Alva, quiet but stoic, seeking a sense of belonging between the ramshackle camps of the islands and the dusty suburban lots of the mainland; and their pensive daughter Hilda, who dreams of becoming the skipper of her own boat. As the Saari’s try to build their future in Australia, their lives entwine with those of the fishing families of Little Rat, in myriad and unexpected ways.

A stunning, insightful story of a search for home.

Emily Brugman’s debut novel The Islands is a multi-generational literary tale that documents Finnish migration to the Abrolhos Islands off the coast of Western Australia.

Although this is a fictional tale, The Islands is heavily influenced by the stories of Emily’s ancestors from 1959 – 1972, as well as extensive research into these islands and cray fishermen from the mid-20th century. The Islands is set across many decades and moves back and forth between different members of the family. Over the course of the novel, we observe each character during pivotal moments in their lives.

“A year for the Saaris was now lived in two parts: on-season and off-season. Their first season on Little Rat had been a moderate success, from an economic standpoint, and the couple looked ahead with a suspicious and careful optimism characteristic of their people.”

At its core, The Islands is about the pursuit of a sustainable and secure life. But it’s also about resilience — both physical and emotional — and perseverance. We witness what that can encapsulate whether you’re 40, 60 or 14. In this isolated and secluded setting, we meet women experiencing loneliness, experiencing childbirth for the first time. We read as their children then mature into teenagers within this barren but plentiful landscape — we follow them as they discover impulses and sexual desire. We come across men working to earn for their families, having arrived with the hope of a land that provides.

“They carried him to camp and laid him down on his side, covering him with a blanket. Hilda stood watching from a corner. Helvi was crying and so was Aiti, although she was trying not to. Hilda wanted to cry too, but she didn’t think that would be right after what she’d done. So she just stood there. And Lauri didn’t move.”

Scattered throughout the novel are Finnish verses, then translated into English. By embedding Finnish language into the novel, readers are further immersed in culture, community and these characters’ historical journey.

There is a strong sense of song and music throughout the book, and the Finnish verses also allow the characters to have a stronger connection to their heritage because it feels like knowledge is being passed between generations.

“Towards the close of his first season, Onni woke to find Little Rat covered in dead shearwaters, their dishevelled bodies in oily black heaps on the coral ground. Those shaggy mutton birds, as the Aussies called them. They flew thousands of miles every year, across open ocean, through torrents of rain and wind. They didn’t always make it, and every so often they’d wash up on shorelines in their hundreds. A wreck. That was what they called it, when they washed up like that.”