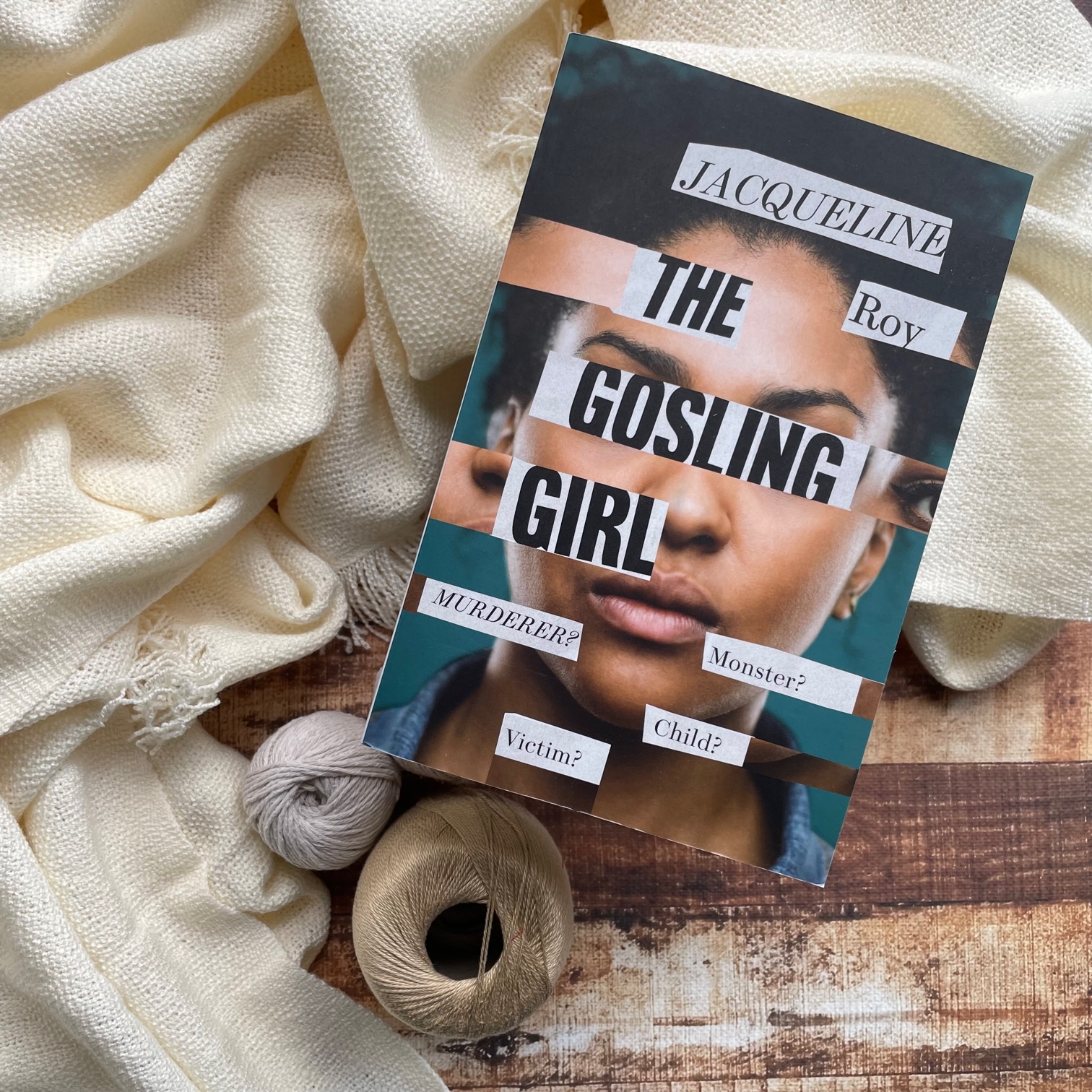 Michelle Cameron’s name is associated with the most abhorrent of crimes. A child who lured a younger child away from her parents and to her death, she is known as the black girl who murdered a little white girl; evil incarnate according to the media. As the book opens, she has done her time, and has been released as a young woman with a new identity to start her life again.

When another shocking death occurs, Michelle is the first in the frame. Brought into the police station to answer questions around a suspicious death, it is only a matter of time until the press find out who she is now and where she lives and set about destroying her all over again.

Natalie Tyler is the officer brought in to investigate the murder. A black detective constable, she has been ostracised from her family and often feels she is in the wrong job. But when she meets Michelle, she feels a complicated need to protect her, whatever she might have done.

Jacqueline Roy’s The Gosling Girl is a psychological thriller that explores the after-effects of a crime committed in childhood, and how hard it can be to reintegrate back into society. Additionally, the novel tackles systemic, institutional and internalised racism and how one’s story can be controlled by those around them.

We meet Michelle after she’s been released from prison. She’s known for killing a young girl when she was also just a child, and she’s served her time for the criminal act. But now that she’s out, attempting to find work, lay down roots, and form some sort of life with anonymity, she’s realising that others aren’t going to let her forget what she did anytime soon — there’s her probation officer, who she’s required to see on a regular basis, there’s the media, who are reluctant to leave her out of the press, and there’s writer Zoe, who is so desperate to pen Michelle’s story, she just might blackmail her to get it done.

“Of course she would, even though she knows she’s being bribed, paid for her memories in cake. She’s told to help herself. She chooses a macaroon and a slice of Swiss roll, not the kind you buy at supermarkets, the kind that has real cream and homemade jam.”

Written in third person, Jacqueline does well to craft an unreliable narrator in Michelle — she hides more from us than she reveals, and the only time we really feel like we understand her history or her emotions is when she’s in a session with Zoe for the book.

And on that note, I found Zoe to be the most interesting character in the novel. The cagey, slightly odd writer who wants to pen a book about Michelle’s side of the story. She’s questionable the entire way through, and to be honest I was expecting something major to happen with Zoe’s character — a big revelation, or a significant betrayal of Michelle. But everything that happened felt a little lacklustre. To be honest, I’m not sure I ever grasped Zoe’s desperation for doing the book — she acted like she was on a timer, and the book had to be done as quickly as possible. Why? Why is Zoe so chaotic in her home life, and why does she seem to be so financially strapped? There were definitely a few missing elements to her character that I hoped would be fleshed out some more.

“Tyler lets herself out and walks down to the car. She realizes she’s been holding her breath since leaving the house, keeping herself reined in. She leans against the side of the vehicle, trying to stay calm. She pictures Julie gouging pieces out of herself because the physical pain is so much easier to bear than the loneliness of grief.”

Despite devouring this novel in a short span of time, there were elements of the novel I’m still working to process. Michelle’s characterisation felt flat and underdeveloped to me, like the writer was trying to keep her so unreliable and withdrawn that she actually felt too thin on the page. Is she a violent person? Capable of change? I don’t even know, because the original crime isn’t ever really tackled and Michelle seems quite placid for most of the novel.

The second crime that is hinted in the blurb resolves itself rather quickly, and Michelle isn’t even a suspect for long. In fact, she’s never a suspect. She’s merely questioned. So I never felt that concern or worry for Michelle because I know that her past conviction wasn’t going to mean a false conviction this time around (which is what I suspected after reading the blurb).

“It makes a change, having someone to be with on a day when she isn’t at work. She can’t believe her luck, bumping into Lucy after all this time.”