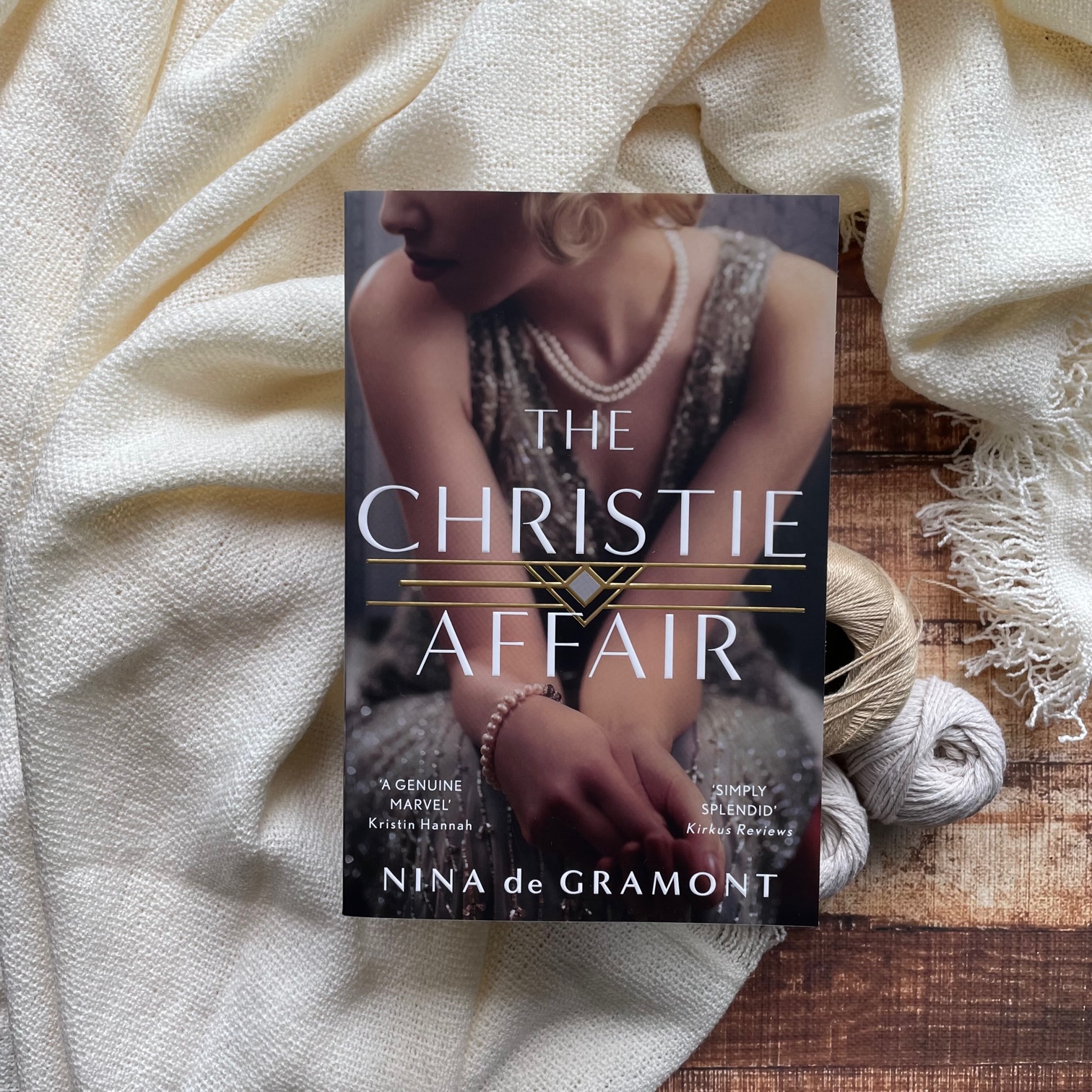 In 1926, Agatha Christie disappeared for 11 days. Only I know the truth of her disappearance.

Nan O’Dea’s world is something very different. Her attempts to escape a tough London upbringing during the Great War led to a life in Ireland marred by a hidden tragedy.

After fighting her way back to England, she’s set her sights on Agatha. Because Agatha Christie has something Nan wants. And it’s not just her husband.

Despite their differences, the two women will become the most unlikely of allies. And during the mysterious eleven days that Agatha goes missing, they will unravel a dark secret that only Nan holds the key to . . .

Nina de Gramont’s The Christie Affair is an enjoyable reimagining of the unexplained eleven-day disappearance of famous crime writer Agatha Christie in 1926. This psychological thriller offers a compelling and concocted tale of why Agatha disappeared and what transpired during the days she was gone.

In December 1926, Agatha’s husband tells her he wishes to divorce her, so he can marry his mistress Nan O’Dea. After disappearing that night, Agatha resurfaces eleven days later at a luxurious hotel under a false name. In between those two events we come to understand more about Agatha and O’Dea, as their stories interweave and storylines are thrust into the past. A mysterious double murder also weaves its way into the novel — its resolution offering one of the biggest twists in the book.

“My father had grown up on a farm just outside the fishing village of Ballycotton. Since I’d been born he’d gone back to visit once or twice when his brother paid the way. But there’d never been enough money for us all to travel there.The thought of my going at all, let alone for a whole summer, was thrilling.”

Both Agatha and O’Dea are relatable, liked characters. One might start the novel sympathising only with Agatha, but over time, as we come to discover why O’Dea is desperate to marry Agatha’s husband, we learn to empathise with her plight.

Nina weaves different storylines and time periods together with ease, crafting a really great novel. The writing is slick. Observations are stark and dialogue is realistic. She does well to capture setting and atmosphere, transporting us back to the 1920s with this emotionally charged story.

“Once I became her stepmother I’d encourage her to be the sort of person who folded her clothes and put them away, who attended to her own discarded wrappings. But for now it wasn’t my place to say a word.”

There’s an omniscient angle to every chapter, allowing the story to travel beyond just Nan’s first person narration. Whilst sometimes the narration and Nan’s point of view grew confusing — Nan talks about others as if she knows everything, delving into their minds and observations and this can sometimes feel disorientating and like we were shifting POV — Nina was an incredibly complex and well-rounded character, and perhaps my favourite in the book.

In saying that, the storyline I enjoyed the most was Nan’s childhood flashbacks — 19, pregnant and living at the convent. I found her to be a lot more raw in these scenes, because she’s young and naive, and trapped in this lion’s den. I almost wished we spent more time in this setting, or perhaps if these flashbacks came earlier in the novel. It provides more context around Nan’s character, and weaves together the reasons why she’s so determined to end Agatha’s marriage.

“I thought Finbarr wouldn’t mind seeing tears. I’d never known him to mind anything. Still, I smiled dutifully at the camera, sitting on the photographer’s stool, sincere in my happiness as I imagined looking at Finbarr’s cheerful face. Some day later I went on my own to collect it. It was a pretty picture, so much prettier than I was in real life…”

Inventive, clever and engaging, The Christie Affair is recommended for readers of historical fiction. The crime element to this novel is quite small and does not take up much of the book, so this isn’t the book to pick up if you’re just looking for a crime to solve.