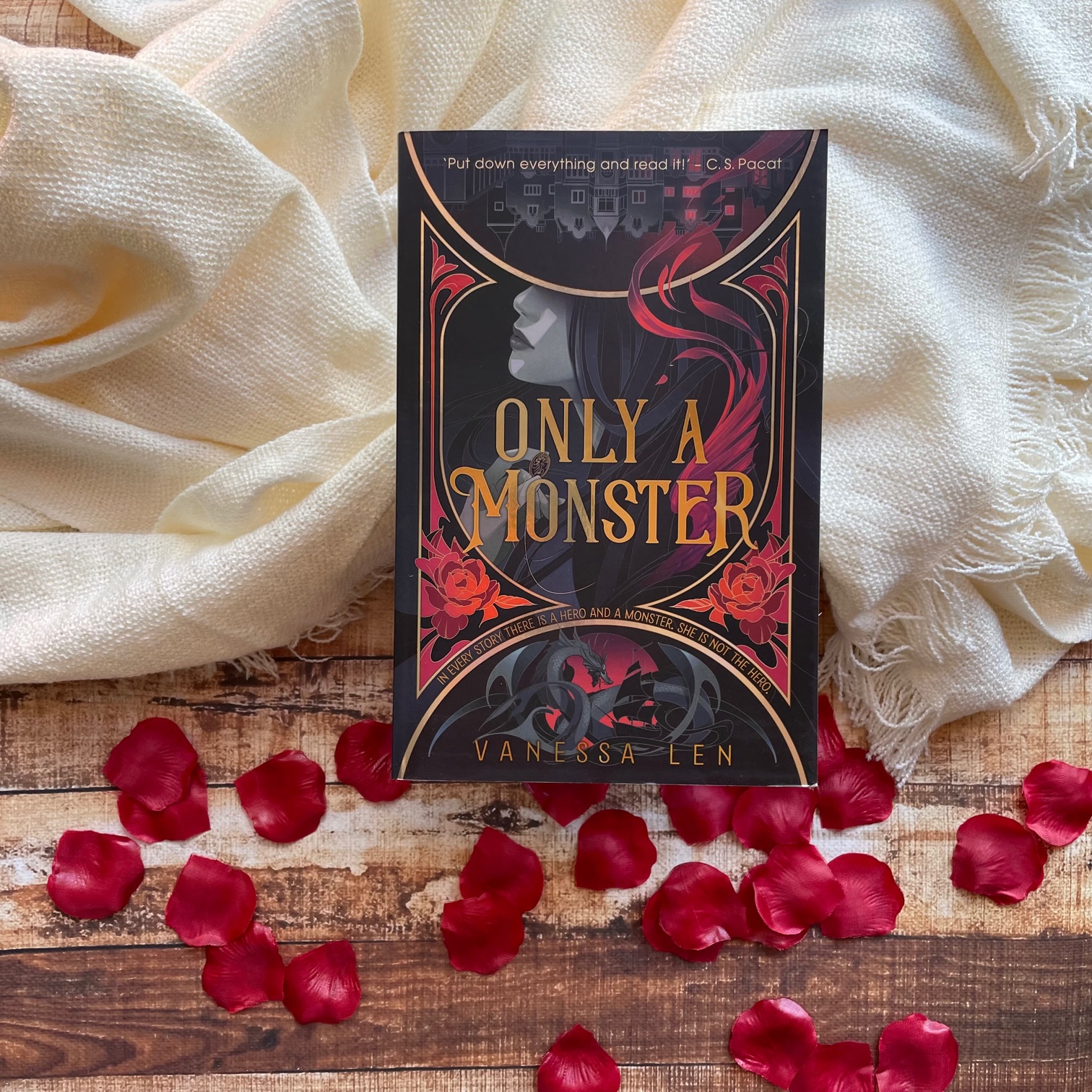 Only a monster would kill a hero. Right?

Every family has its secrets, but the summer Joan Chang-Hunt goes to stay with her Gran in London, she learns hers is bigger than most. The Hunts are one of twelve families in London with terrifying, hidden powers.

Joan is half-monster. And what’s more, her summer crush Nick isn’t just a cute boy – he’s hiding a secret as well; a secret that places Joan in terrible danger.

When the monsters of London are attacked, Joan is forced on the run with the ruthless Aaron Oliver, heir to a monster family who are sworn enemies of her own. Joan is drawn deeper into a world that simmers with hostilities, alliances and secrets. And her rare and dangerous power means she’s being hunted. She’ll have to embrace her own monstrousness if she is to save herself, and her family. Because in this story . . .

Vanessa Len’s debut urban fantasy Only a Monster is an exciting release for fantasy readers, particularly fans of young adult fiction. Set in the real world, we meet a cast of characters labelled ‘monsters’. They’re able to travel through time by stealing time from other humans. Amongst the monster population, there’s a myth of a human hero who is destined to destroy their entire existence.

Despite a slow start, Only A Monster is fantastic. The premise of the novel fits comfortably in the urban fantasy genre but features enough originality to surprise even the most avid of genre fans. I genuinely felt unsure of where the story was going, surprised by the twists, engrossed by the characters, absorbed into the world building, and I finished the book feeling like Vanessa was bringing something unique to the readership.

“Joan lay there for a moment, trying to breathe through the pain. On the ground beside her, the dead woman lay, eyes wide open, looking up at nothing. Joan felt a sob rise in her throat like bile. She squeezed her eyes shut for a second and then forced herself to her feet.”

Set in London, Only A Monster incorporates the known trope of the anti-hero. Sixteen-year-old Joan Chang-Hunt discovers that she’s inherited her family’s ability to steal time from another’s life span and after finding herself alone, hunted and incredibly naive about this new ability she has, she teams up with an unlikely enemy. He is able to aid her escape, and then her plight as she attempts to right the wrongs inflicted at the beginning of the novel. Only A Monster explores the blurred boundary between good and evil and what it means to be a hero.

What transpires is a race through time, largely set in the 1990s, as Joan tries to flee those who hunt her. What starts as an urban fantasy soon turns into a fast-paced thriller with heightened stakes and well-crafted, multi-layered characters. There is an even balance of character driven and plot driven stylistic devices.

“Joan tried to remember, and panic bubbled up inside her again. The whole day was missing from her memory. There was just nothing there.”

Vanessa sets up the ending of the novel for a sequel, with enough questions left unanswered to keep you gripped. The mechanics of the time travel do remain a bit unanswered, and I think some readers will find the logistics a little blurry. But accepting the storyline and the characters and allowing yourself to fall into the story and let yourself be swept up into it will result in an engaging and enjoyable reading experience. When done well, time travel novels are a guilty pleasure of mine.

“She imagined Nick waiting for her at that cafe. She hadn’t responded to any of his messages. But she knew him. He’d have waited and waited, just in case. How long had he been there before he’d realised that she wasn’t coming?”

An exciting new story from an Australian writer. Engrossing and original, Vanessa Len’s Only a Monster can be devoured in quick succession. Recommended for YA readers and urban fantasy fans. Readership skews 13+