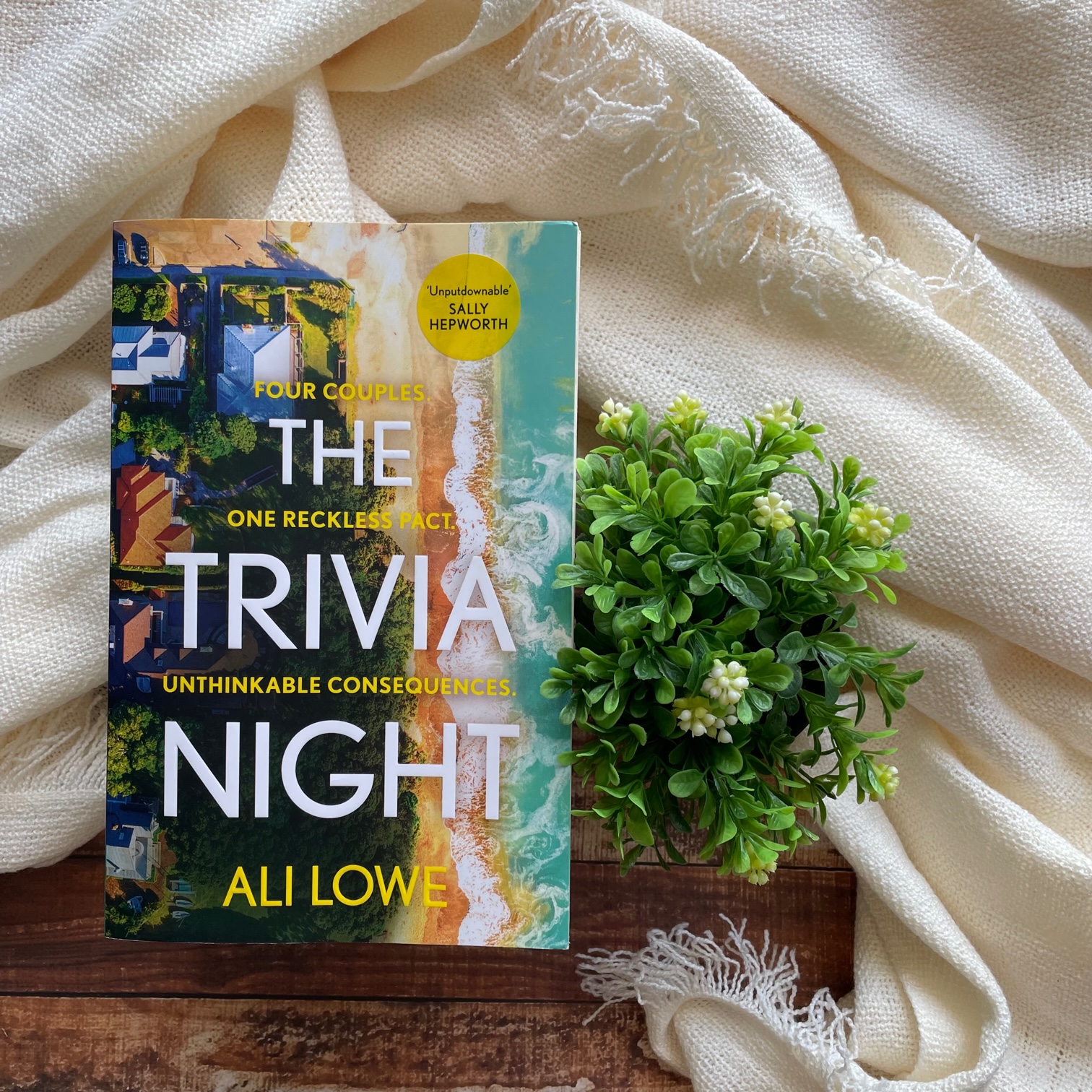 From the outside the parents of the kindergarten class at Darley Heights primary school seem to have it all. Living in the wealthy Sydney suburbs, it’s a community where everyone knows each other – and secrets don’t stay secret for long.

The big date in the calendar is the school’s annual fundraising trivia night, but when the evening gets raucously out of hand, talk turns to partner-swapping. Initially scandalised, it’s not long before a group of parents make a reckless one-night-only pact.

But in the harsh light of day, those involved must face the fallout of their behaviour. As they begin to navigate the shady aftermath of their wild night, the truth threatens to rip their perfect lives apart – and revenge turns fatal.

Ali Lowe’s debut novel The Trivia Night centres around one booze-filled night where a group of married adults decide to partner-swap. Married but fractured, each couple has something to overcome in the wake of the disastrous trivia night.

The novel explores perfection, identity and relationships. It’s about how we see ourselves, how we wish others saw us, and the complexities surrounding adult friendships. The Trivia Night is guilty-pleasure book club fiction — each chapter leads well into the perspective that follows, keeping the reader engaged and moving through the plot with quickened pace.

“Back in the hall with Alice, I was suddenly aware of my empty hands. I needed a drink. Anything would do. I picked up a half-drunk glass of punch from a chair beside the photo booth, complete with a fuchsia lipstick print on the rim, and downed it.”

At its core, The Trivia Night is about relationships and marriage. One couple have been trying so hard to fall pregnant it’s practically a chore now. Another couple are still reeling from the sudden departure from their child’s previous school, and one mother is drinking an alarming amount of alcohol. When these four couples are seated together at a trivia night, it triggers a series of events that force them to each look at their relationship and decide, what do they really want out of their marriage?

The novel very easily slots into the commercial book club category — the events of the story are salacious, sordid and scandalous. But there are many layers to this book and its characters that readers will relate to. Some of these characters are trying so hard to pretend they’re happy, they’re disastrously miserable. Some of these relationships may appear strong at first, but it doesn’t take long to see the cracks. Young parents will recognise the setting of the book as well as the sorts of parents you might meet at the school gate.

“Did she want to destroy me so much that she would do something like that? I must have been wearing a mask of terror, because Alice read it perfectly, as she often did by virtue of the length of our friendship.”

Ali Lowe does spend considerable time setting up each of the characters and their circumstances. Admittedly, it’s not until about halfway through the book that the trivia night actually kicks off, which does feel considerably delayed.

Perhaps there was more room to delve into the aftermath of the trivia night, because there were eight adults present on that night and I felt there wasn’t enough real estate in the latter end of the book to realistically delve into all that occurred. Additionally, the death that’s teased in the blurb definitely appears too late in the novel, almost like an afterthought. The death could’ve been teased throughout the novel from very early on, reeling the reader in with each delicate clue.

Despite this, one of Ali’s strengths is capturing the setting as well the gossipy nature of its residents. From posh households to fast-moving rumours, parents will be able to relate to this setting with ease.

“Let me say at this juncture that Pete was never much of a romantic, so I wasn’t surprised. Neither of us were particularly demonstrative beyond the odd hug and a handhold. We didn’t need to be. We’ve always been pretty secure in our relationship.”