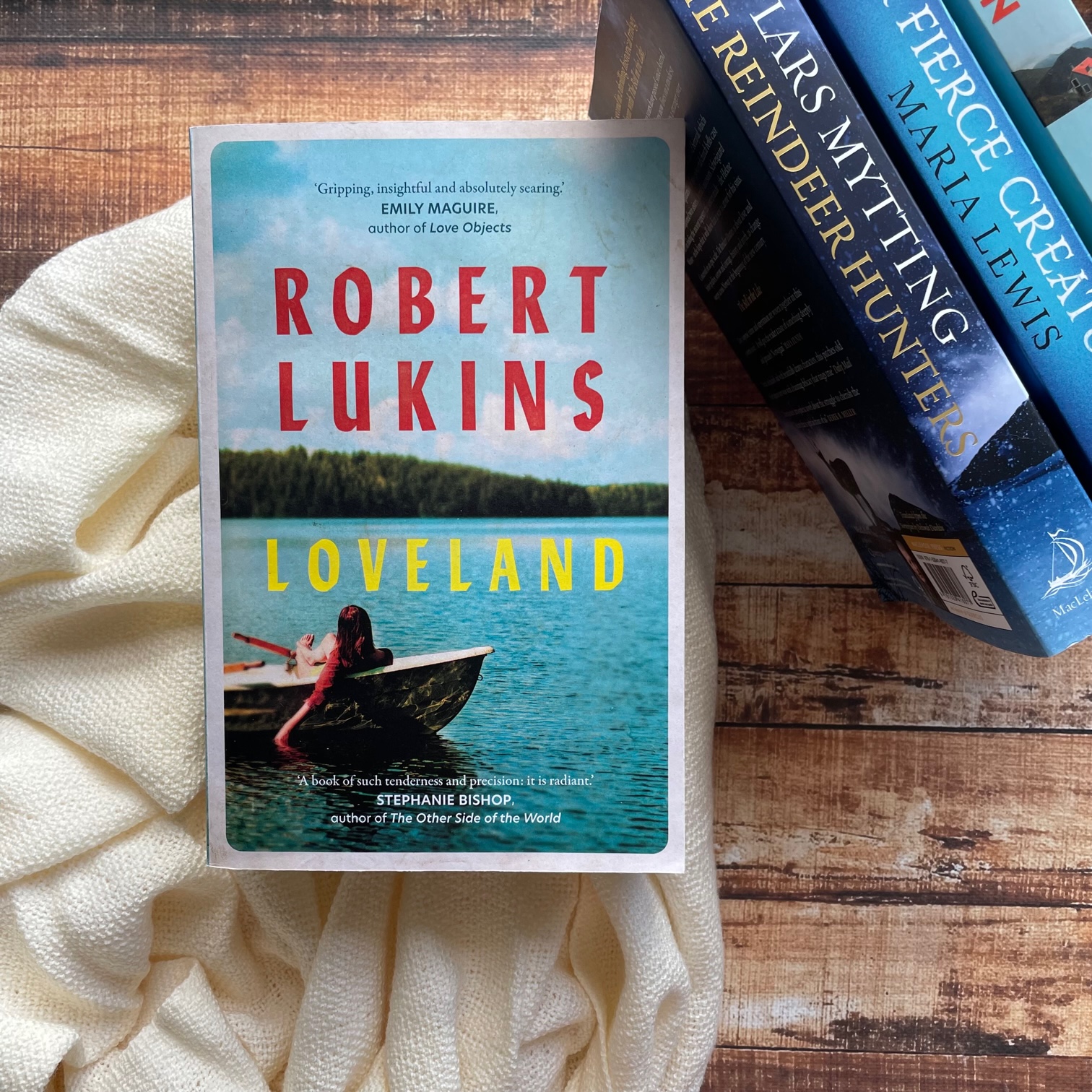 Amid the ruins of a fire-ravaged amusement park and destroyed waterfront dwellings, one boarded-up building still stands. May has come from Australia to Loveland, Nebraska, to claim the house on the poisoned lake as part of her grandmother’s will. Escaping the control of her husband, will she find refuge or danger?

As she starts repairing the old house, May is drawn to discover more about her silent, emotionally distant grandmother and unravel the secrets that Casey had moved halfway around the world to keep hidden. How she and Casey’s lives interconnect, and the price they both must pay for their courage, is gradually revealed as this mesmerising and lyrical novel unfolds.

Tender and heartfelt, Robert Lukins’ novel Loveland explores humanity, family, history, and the secrets that bind generations together. Its two main characters, May and Casey, are the vulnerable among the volatile.

After her grandmother dies, May flees her abusive husband and travels from Australia to Nebraska to claim her inheritance — a loved but long-empty house aside a poisoned lake. Written in third person, Loveland moves between perspectives: primarily May and her grandmother Casey, but we’re also privy to one of Casey’s neighbours and once close friend, Jean.

“Casey thought the flower was quite beautiful. She had none of them on her side of the fence. The husband could be watching from the big house but what crime was there in collecting a weed? Without pausing to reconsider, she acted.”

Like other novels that centre around a woman searching the depths of their grandmother’s past, May comes to realise quite quickly that she didn’t really know her grandmother at all. Mystery surrounds her marriage, her youth and her connection to the Nebraska town she once lived in as a young wife and mother. Over the course of the story, we witness what appears to be history repeating itself — a young woman, loyal and trusting, trapped in an abusive marriage with little opportunity to extricate herself from it.

A common thread in each storyline is Jean — when a young teenager, she’s a friend and confidante for Casey, and when older, she’s the caretaker of Casey’s home and the person who helps May reconnect with the grandmother she’s struggling to understand.

May and Casey’s lives seem to parallel in a way that haunts the reader, keeps them engaged as each chapter ends. Both women almost seem tethered to each other, much like the men they’re married to. But whilst those marriages seem to be a detriment — a physical and emotional toll — the connection between May and Casey almost seems necessary for May, and also Jean, to resolve each of their demons.

“Jean’s house was among the final few on the curve before the decline to the lake. Hers was the least well kept. Not a wreck, but certainly not the tamed exhibitions of the others…Tate had made her put her hand to her heart and swear an oath that she understood her debt. The personal, unbreakable contract into which they had entered.”

An underlying theme of the book is intergenerational trauma — do we inherit trauma? Does it plague a family and its descendants, no matter what?

Whilst at times I felt the significance of the land and lake was a little lost on me, perhaps the imagery not quite as perfected as I would’ve liked, I found the characters compelling enough to continue reading. Jean was the necessary element to keep the story progressing and to keep May and Casey connected — as predicted, she held the secrets that explained why Casey liked to keep her connection to Nebraska hidden, even later in her life.

“May had flown six times in her life. To and from Sydney, once. To and from Cairns, twice. Each a family holiday that would be christened with Patrick’s disapproval over the size or state of the hotel room. He had always been the one to book.”

Steady and measured with a haunting undertone, Robert Lukins’ Loveland is recommended for literary readers. Reminiscent of Kristin Hannah, whom I love. Readership skews female, 30+