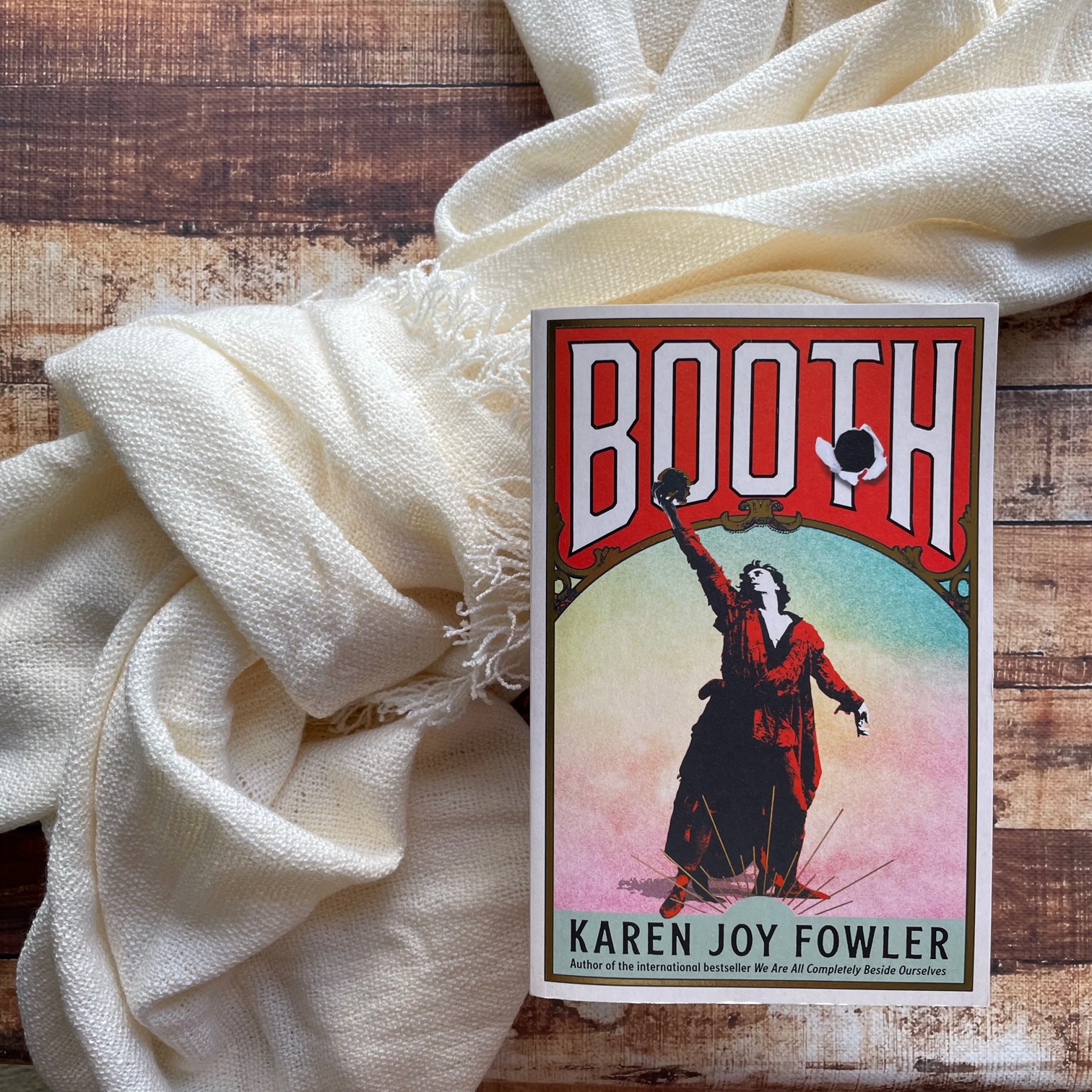 From the Booker-shortlisted, million-copy bestselling author of We Are All Completely Beside Ourselves comes an epic novel about the infamous, ill-fated Booth family. Charmers, liars, drinkers and dreamers, they will change history forever.

Junius is the patriarch, a celebrated Shakespearean actor who fled bigamy charges in England, both a mesmerising talent and a man of terrifying instability. As his children grow up in a remote farmstead in 1830s rural Baltimore, the country draws ever closer to the boiling point of secession and civil war.

Of the six Booth siblings who survive to adulthood, each has their own dreams they must fight to realise – but it is Johnny who makes the terrible decision that will change the course of history – the assassination of Abraham Lincoln.

Karen Joy Fowler’s recent offering Booth pivots around the assassination of Abraham Lincoln, but at its core is about family and loyalty, and the threads that tie us together even during tragedy.

Written in third person but moving perspectives between members of the Booth family, we’re thrust into the theatrical 19th-century setting. Junius Booth is a well-renowned Shakespearean actor, but his children are just as complex and interesting to read as he is. Even after he passes, his legacy tails them wherever they go. Each child grows into a very different person, some plagued with addiction, some a little bit more fortunate.

“Enter Edwin. He’s walking alone, carrying, in secret rebellion, a set of foils that belong to his father. June has been giving him and Johnny both lessons in fencing when he visits, not real fencing, but stage fencing, and Edwin is desperate to be better at this than his athletic little brother.”

Set against the backdrop of the American Civil War, Booth is more about the fraught and complex dynamics within a family than it is about the assassination of Abraham Lincoln. After all, this novel explores the dysfunctional family responsible for the creation and upbringing of Lincoln’s killer.

With such a large family founded on bigamy, there are bound to be moments of both surprise and humour woven throughout the story. Junius himself offers quite a charming, upbeat element to the novel — I felt like his daughters inherited more of his charm than his sons did. Rosalie, in particular, was my favourite. She’s resilient, determined and observant, and attacks as caretaker for almost everyone except herself.

Karen Joy Fowler’s writing is always strong — taut and clean, with stark observations and notable dialogue. Interspersed throughout the novel are excerpts of Lincoln’s movements — his speeches and actions. It builds tension, allowing the inevitable to bubble away under the surface of the page.

“Rosalie knows about Harriet because Aunty Rogers has told her. Poor Mother couldn’t bake biscuits and she couldn’t manage a slave. Aunty Rogers could have mentioned Harriet during that quarrel they’d almost had about slavery.”

Pacing does lag during the middle of the book. Lincoln’s assassination occurs in the final chapters of the book, and it feels like it comes through too late. I know this novel is more about the people who surround the assassination, and so I would’ve loved more of an exploration into how the assassination ripples through the family in its aftermath, rather than just the era that precedes it.

At first I felt like Johnny’s characterisation in the lead-up to his assassination was thinly developed — there were moments where his murderous intent was being crafted, peppered moments where you could see what he would become. But ultimately, I felt he was too ‘quiet’ in the book, and then I realised that was intentional. Johnny went largely unnoticed in the family, as did most of the Booth children. They were hopeful and hopeless, and no one was going to save them.

“She’s become so attuned to her mother’s moods that there are times when Rosalie can’t be sure what she’s feeling belongs to her. Her mother complains that her back hurts, and Rosalie begins to feel an ache just below her neck, a cramping in her shoulders, a twisting of her spine.”