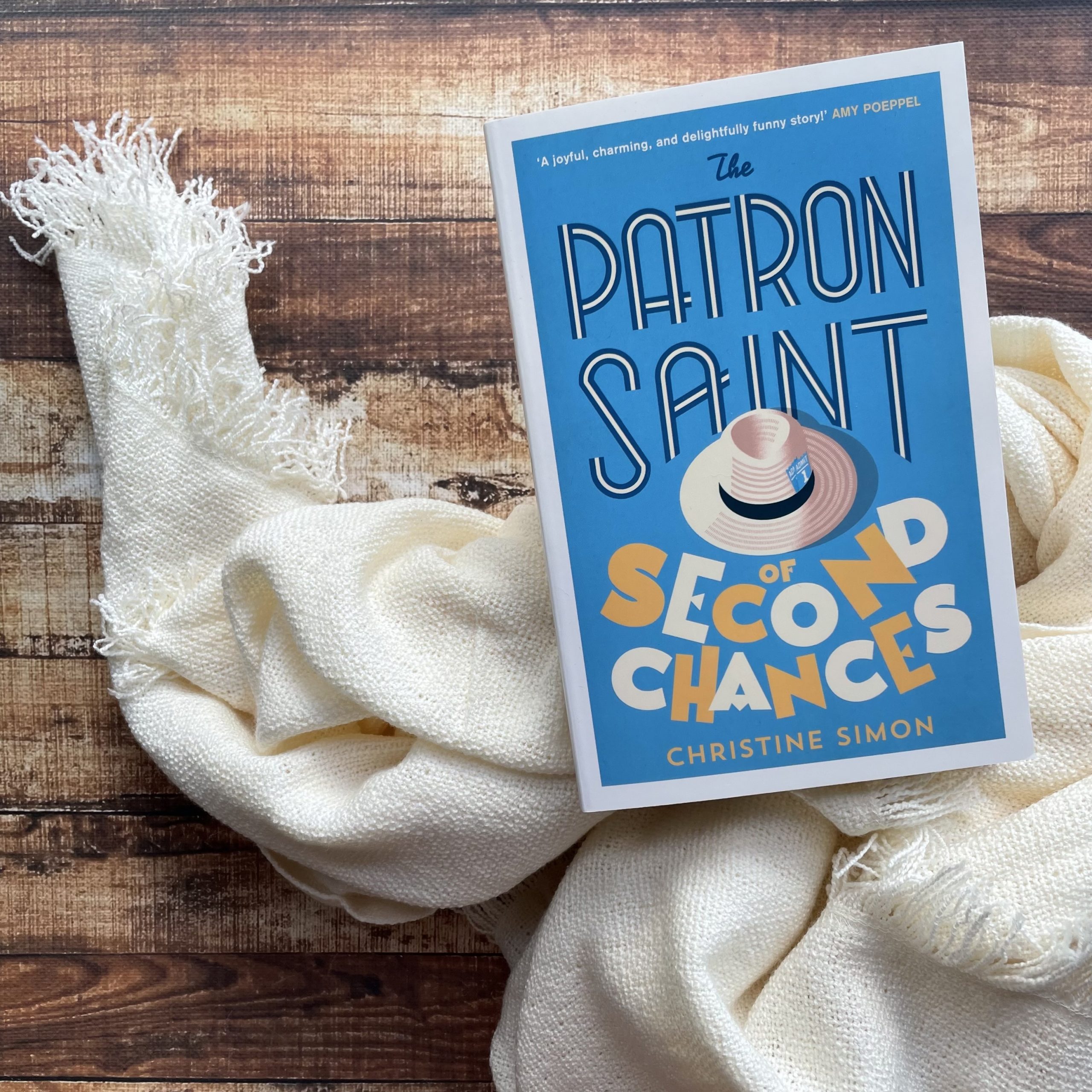 Local vacuum cleaner repairman and self-appointed mayor Nino Speranza is in trouble. Without the thousands of euros in taxes that he could never bring himself to collect from his neighbours, the water board will cut the town off. All 212 inhabitants will be forced to leave.

His usually reliable Compendium of Saints yields no answers to his prayers. So, in a desperate bid to save his hometown, he starts a rumour that major movie star Dante Rinaldi is filming his next movie in the village.

Soon, all the locals want to be involved: Speranza’s assistant has written a screenplay and the local butcher will invest – each of his fifteen enormous sons is given a role. It seems the only way to save the town is to actually make the movie.

And Nino Speranza starts to think he might have created the second chance they all needed . . . until word of the production reaches Dante Rinaldi himself.

Christine Simon’s debut novel The Patron Saint of Second Chances is a charming, fleeting, over-the-top tale of a struggling Italian town and their mayor’s ridiculous efforts to secure $70,000 euros to keep it from closing down.

The premise is clever and inviting — Signor Speranza, mayor and local vacuum cleaner repairman, starts a rumour that famous actor Dante Rinaldi will film his next project in their small town of Prometto. Signor plans to secure funding from enough vendors to cover off the town’s debt, but, as expected, things do not go according to plan. And soon, this rumour catches the attention of Dante and his unimpressed agent.

“This, Signor Speranza thought, was his best shot at avoiding mortal sin. If he were just to let slip, casually, that it would really be something if some famous person — Brad Pitt, for example — were thinking of buying a house in Prometto, then he wouldn’t actually be lying, would he?”

Strengths lie in the small Italian setting — there’s a strong sense of place in the novel, which upon reading Christine’s authors note, feels even more real. There’s a claustrophobic element to these kinds of settings, where everyone knows everyone and secrets do not stay hidden for long. There’s genuine concern for the younger generations, who don’t seem to understand the charm of the town as much as their parents and grandparents, and so they’re fleeing Prometto in droves.

Christine’s voice and style of writing makes the book incredibly accessible. Her writing feels almost stream of consciousness, with ample internal monologue and dialogue to give depth to the main characters. There’s a conversational tone to the novel, rendering it an appealing read for sporadic readers or reluctant readers.

“Signor Speranza regarded the pig’s carcass hanging in the window of the shop, and his spirits quailed. Don Rocco was right, of course. Maybe this was crazy. If it all blew up in his face, as Betta had said, he wondered which would be worse, being carted to jail, or having Signor Maestro after him.”

Overall, the novel is quite over-the-top and sensationalist, and rather unbelievable at times. Some elements of the plot I did find rather silly, but I know there’ll be readers who’ll find it charming and fun. I can’t say I ever laughed out aloud during this read, but I did find it an uplifting read, which is a nice discovery amidst the gloom of the world right now.

One small gripe, but there are so many characters in this novel it was really hard to keep track. There is, in particular, a lot of characters with names starting with S, and I got them confused on a regular basis.

“Fate. Chance. The Hand of God. Signor Speranza believed in the last of these, although over the next few days he did not recognise it when he saw it.”

Light-hearted, uplifting and written for the optimistic reader. Recommended for fans of comedy and familial sagas that are just that little bit over-the-top and too extreme to be believable, but are still well loved. Readership skews female, 35+