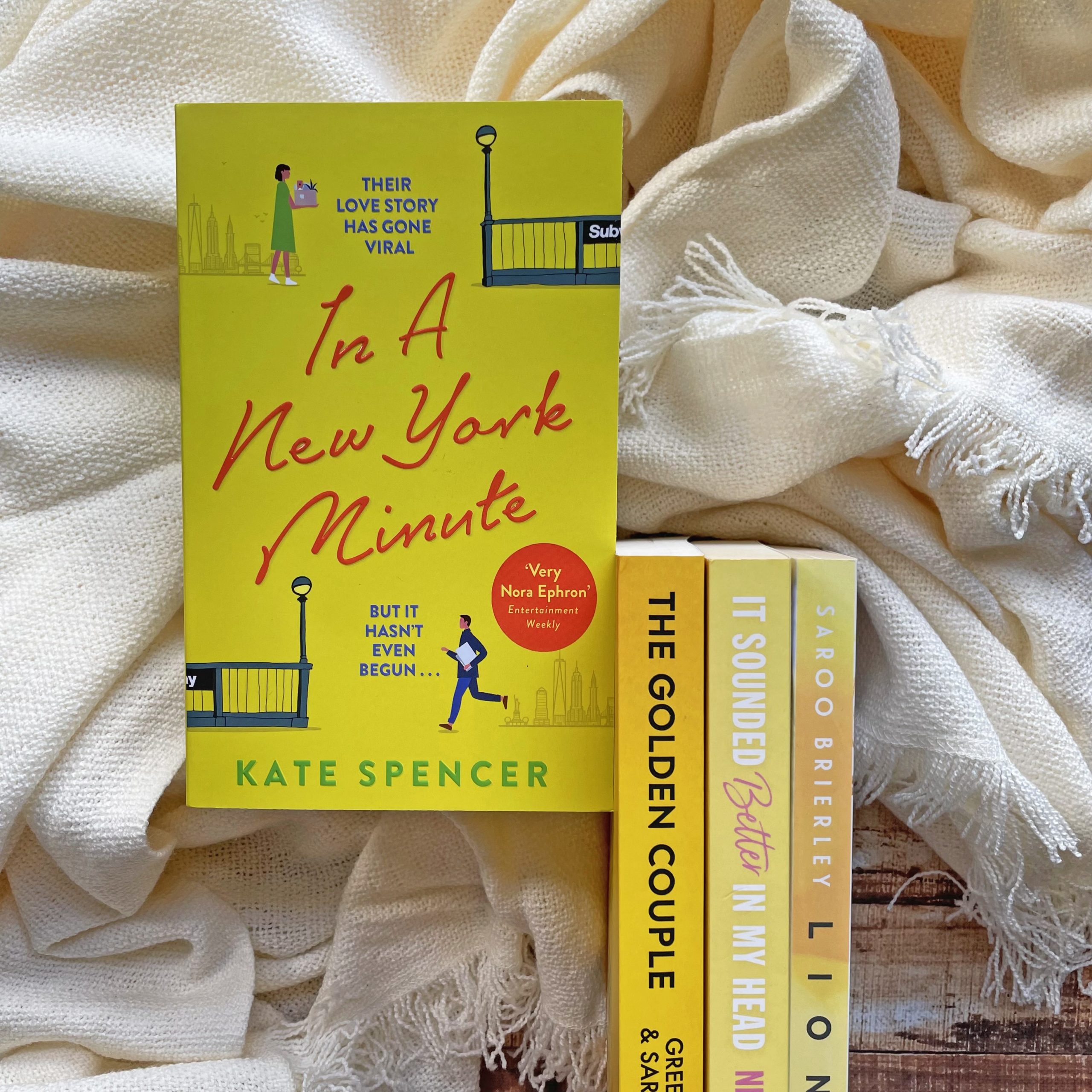 Their love story has gone viral. But it hasn’t even begun . . .

Franny meets Hayes in the opposite of a meet-cute – when her dress gets caught in the subway doors on her way home and then rips, leaving her in the fashion equivalent of a hospital gown. Hayes is the stuffy suit whose one redeeming quality is giving Franny his jacket, saving her from showing her assets to half of New York. Franny is eager to forget the whole horribly embarrassing encounter as soon as possible, but neither of them anticipated a fellow commuter live-blogging them as #subwaybaes – turning their awkward run-in into click-bait and a manufactured love story for the ages . . .

Quick to dismiss Hayes as just another a rich guy, Franny is sure she’ll never see him again, and she’s desperate to put her three minutes of viral fame behind her. But fate isn’t done with the would-be subway sweethearts just yet . . .

Set in New York City and centred around a couple whose first meeting goes viral on the internet, Kate Spencer’s In a New York Minute is a romantic comedy that is charming, fun and incredibly heartwarming.

What feels most striking about this novel is how the premise immediately draws you in — I don’t feel like I’ve come across another book like this, which is rare in this genre. Franny and Hayes meeting on the subway is a clash between two very different people — the creative, career-struggling Franny, and the anxious, analytical, assured but closed off Hayes. As their paths continue to cross, the romantic tension and build-up is very adorable. In A New York Minute is perfect for readers on the hunt for something upbeat and feel-good.

“And in an instant, everything felt impossible again. Pizza. This was the only appropriate solution to the end of this day. Plus, I could afford it, for now at least.”

Franny and Hayes’ characterisation feels believable. Both leads are flawed in their own way, and the way they tackle their insecurities is paced well and crafted with authenticity. Additionally, setting is a strong part of the novel. From the subway and the workplace, to the restaurants and the social scene, Kate captures New York City with ease. There’s a feeling of centrality that accompanies the premise of this novel, so it’s easy to believe how Franny and Hayes’ meeting becomes so viral.

Secondary characters Lola and Cleo hold great significance in the story, not just providing emotional support for Franny but adding humour and tenderness to moments throughout the book when Franny and Hayes’ paths don’t cross.

“I was normally clear on what needed to be done. It wasn’t often that I got things wrong. But in that instant on the subway, I just might have, and my miscalculation was nagging at me. Maybe I’d overstepped, assumed she needed help when she was fine on her own.”

I did think the ending of the novel felt like it meandered. It almost seemed like the story wrapped itself, but then a tragedy befalls Franny and she knee-jerkingly breaks up with Hayes, and reconciliation must eventuate. It felt a little disjointed from the rest of the novel, like that extra part at the end was an afterthought.

Additionally, the subplot of Franny and her half-sibling in Italy felt only loosely tied into the story and like it wasn’t overly gelling with the story. Sometimes I forgot about this altogether, until it wove itself back into the story.

“Of course it was weird. It was too much, too forward. Once again, I was tripping over my tongue around this woman, I never said stuff like this to Perrine, much lest people I didn’t know.”

Heartfelt, funny and full of chemistry, In A New York Minute is highly recommended for readers of contemporary women’s fiction and romantic comedies. Readership skews female, 20+