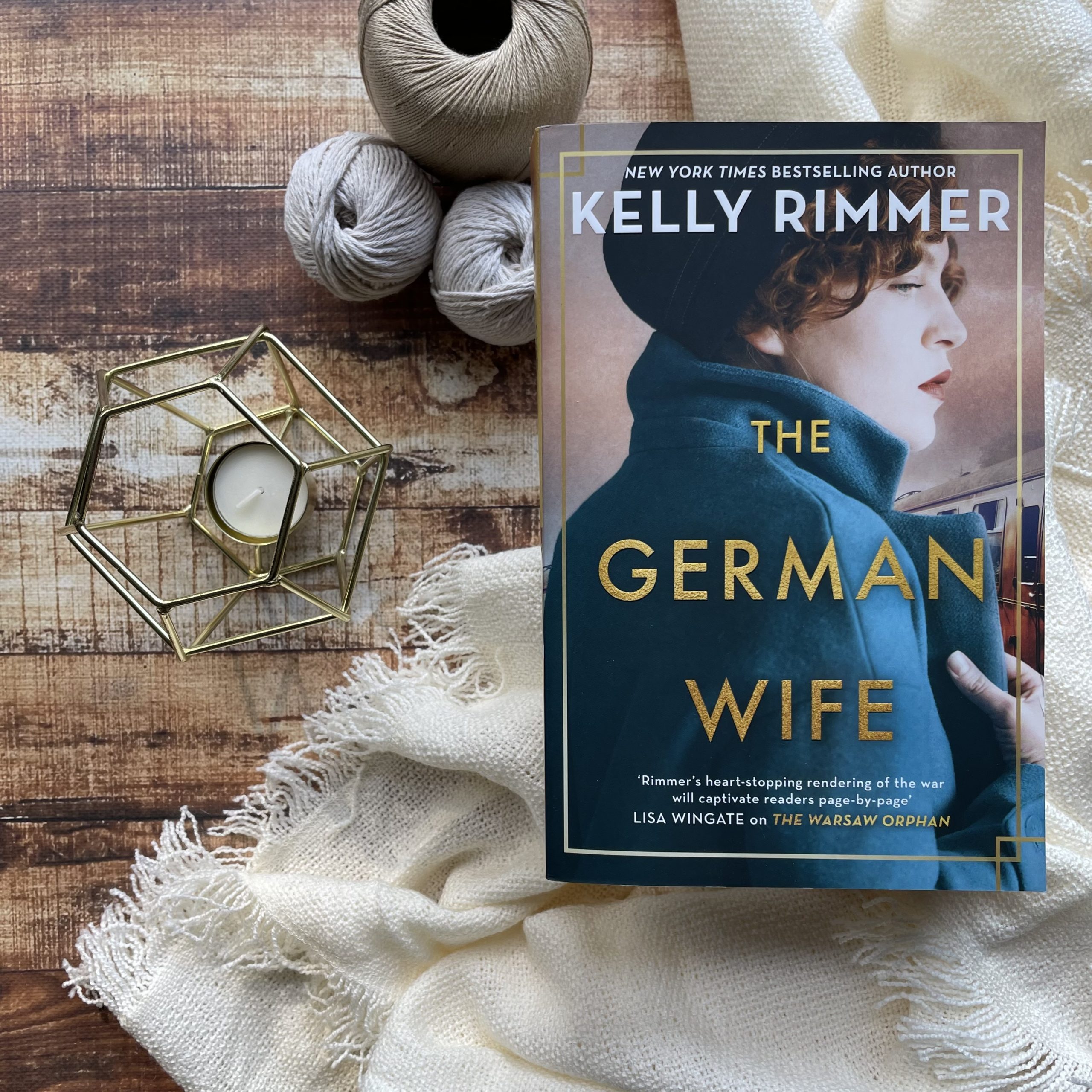 Berlin, 1934. Sofie Rhodes is the aristocratic wife of a scientist whose post-WWI fortunes change for the better when her husband, Jurgen, is recruited for Hitler’s new rocket project. But too late they realise the Nazis’ plans to weaponise Jurgen’s technology as they begin to wage war against the rest of Europe.

Alabama, 1949 Jurgen is one of hundreds of Nazi scientists offered pardons and taken to the US to work for the CIA’s fledgling space program. Sofie, now the mother of four, misses Germany terribly and struggles to fit in among the other NASA wives.

When news about the Rhodes family’s affiliation with the Nazi party spreads, idle gossip turns to bitter rage, and the act of violence that results will tear apart a community and a family before the truth is finally revealed – but is it murder, revenge or justice?

Inspired by true events, Kelly Rimmer’s The German Wife explores morality and guilt within WWII Germany, examining how one couple manage to survive the Nazi regime but then struggle to build a life for themselves in the United States. While they may not have directly enacted the horrors in those concentration camps or forced labour camps, they did nothing to stop the regime and must process their guilt over the events that transpired.

The German Wife is split between two time periods and two POVs — in present, we’re in 1950 and in the past, 1930. Over the course of the novel, we progress through the past through two different perspectives. First, Sofie Rhodes, German, the wife of a scientist who feels coerced into joining Hitler’s regime to help him build rockets for his war. And in the other perspective we meet Lizzie, a young American woman and the hardworking daughter of a farmer, whose brother has never recovered — physically or mentally — from his service in the war. When Sofie and other German families move into her Alabama town, she feels uncomfortable about them living in such close proximity. At times, her behaviour turns hostile.

“The drought changed a lot of things and none of it made sense to me either. I still got out of bed and I still did my share. Mother, Henry, and I didn’t have a choice — we had to get used to a new way of operating because running the farm was a four-man operation.”

Kelly raises some interesting questions around accountability and morality during a time in history like WWII Germany. On the one hand, Sofie and her husband are doing what they can to survive. On the other, do they deserve a comfortable life in Alabama after the horrors they witnessed? Should Sofie’s husband see punishment for what he witnessed and did nothing to stop?

As always, Kelly crafts three-dimensional characters with heart. We come to understand their pain and so we sympathise for them, even if their actions are not necessarily worthy of sympathy.

The element of the novel that I think will interest most readers is the rocket program that Sofie’s husband was involved in — this is based on true events, and was certainly something I’d never known about. It’s clear that a lot of research has gone into making this element of the story authentic and believable. The detailed depiction of this rocket program added considerable depth to Sofie’s story.

“Adele was savvy, hardworking, stubborn, and compassionate. It stung sometimes that she seemed capable of boundless love for strangers, but she still seemed to have little affection for me.”

With the dual timeline and dual perspectives, I did find it quite hard to keep track of the different voices in the beginning of the novel. Particularly given most chapters are actually not that long, so we are jumping between women and decades in quick succession.

“I knew he was thinking about the millions of souls injured or killed in our name…on our watch. I did that too, constantly cycling through memories and facts, as it this time when I played them through my mind, I could change the outcome.”

Observational and taut with its writing, The German Wife is recommended for readers of historical fiction. Readership skews female, 30+