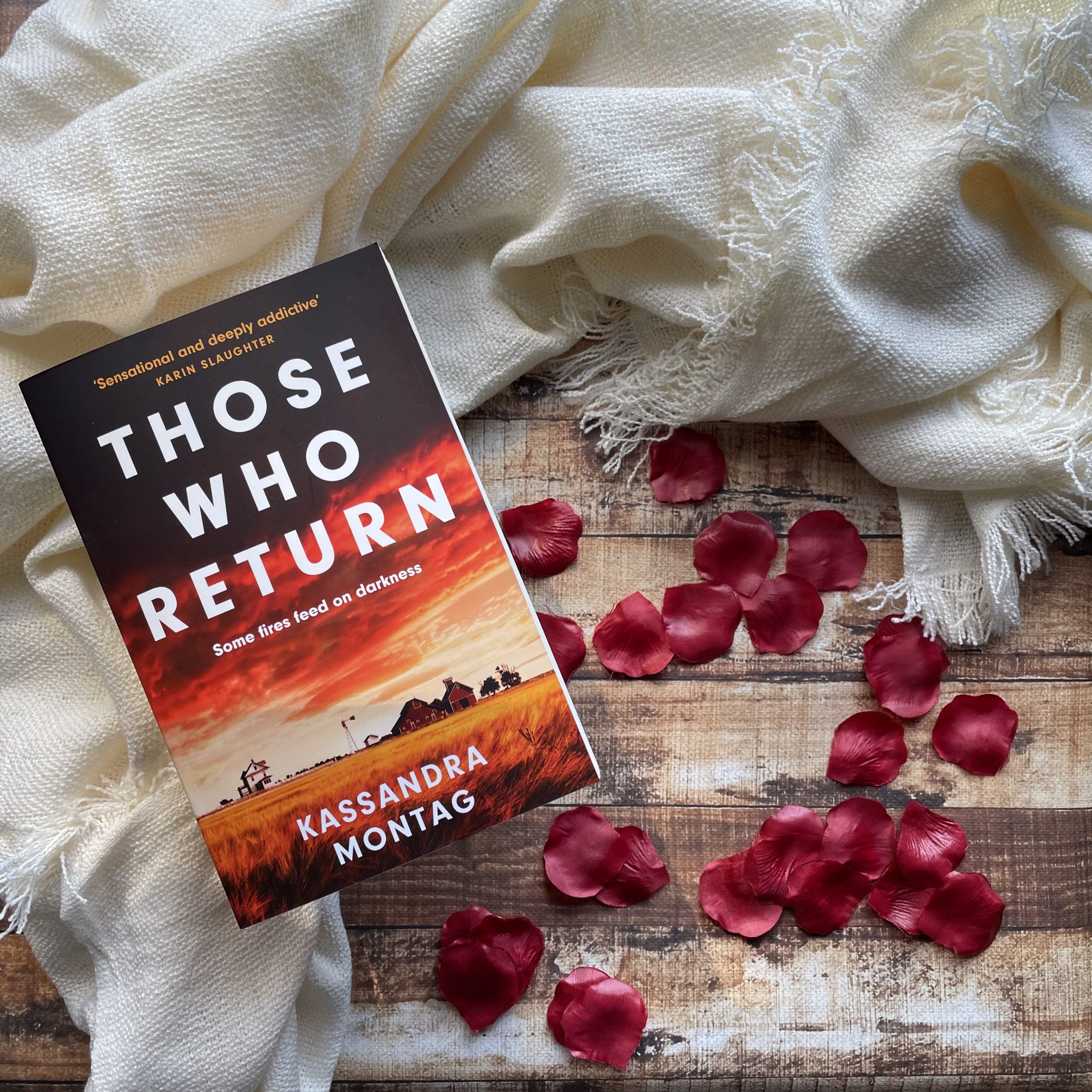 Amid the desolate wilderness of the Great Plains of Nebraska, a region so isolated you could drive for hours without seeing another human being, sits Hatchery House. Having served as a church, an asylum and an orphanage, Hatchery is now a treatment facility for orphaned or abandoned children with psychiatric disorders. Haunted by patients past and present, only the most vulnerable find a home within its walls.

Dr. Lorelei ‘Lore’ Webber, a former FBI psychiatrist, has almost grown used to the unorthodox methods used at Hatchery House. But when one of her patients is murdered, Lore finds herself dragged into the centre of an investigation that unearths startling truths, shocking discoveries, and untold cruelty. And as the investigation unravels, Lore is forced to confront the past she’s spent her whole life running from – a secret that threatens to undo her entirely.

Kassandra Montag’s Those Who Return is a psychological thriller exploring guilt and redemption within a desolate and remote landscape. Largely taking place inside a mysterious treatment facility, with nowhere to run these characters are forced to accept their fate within the confined walls of this facility.

Protagonist Lore is a physiatrist at the facility, working with disadvantaged children until they are ready to return to their home. Some are evidently more trouble than others — manipulative bullies that prey on the younger children in the group. And so when one, and then two, children end up murdered on the grounds of the facility, there is a long list of potential suspects.

“I hoped it was nothing more than a shadow that had startled her. Carly was scared of everything, so anything could set her off. She was so terrified of going outside that she sometimes wore paper bags over her head.”

Those Who Return features a large suite of characters, which kept me guessing right until the end. I didn’t feel an ounce of predictability about this story, and thought Kassandra brought a unique offering to the psychological thriller genre.

The secluded and remote setting deliberately feels claustrophobic for the reader, building tension and pace with each chapter. We know things are going to get worse before they get better. And Lore did feel like a compelling protagonist — as an ex-FBI psychiatrist still reeling from a traumatic death, she had to battle her demons in her to solve the murders in the book. There was certainly enough richness to her character to carry through the book and keep the story feeling multi-dimensional.

“I reached out and touched her arm and she trembled against my hand, her whole body vibrating like a harpsichord that’d been plucked. She gripped a single tomato so tightly that its juice dripped to the dirt floor in soft plops.”

Whilst the story is a bit slow to start, I did like the time that Kassandra dedicated to setting up the backstory, the characterisation and the dynamic between the children. It allows for an enriched plot and does help the reader later on when the events grow chaotic and start to spiral out of control.

Admittedly, I did feel like Cedar’s presence in the novel felt underdeveloped — his connection to Lore was strong, but he got swallowed by the other characters in the book and I couldn’t help but feel like he was too forgettable.

“Other people couldn’t stop the hallucinations, so what was the point in telling them? Everyone lives with things: obsessions, tragedies, disruptive thoughts. I wanted to believe everything could be treated for all people, but knew there were limits, or at least, limits for me.”

Tense and fast-paced, Those Who Return is recommended for readers of mystery and psychological thriller. Readership skews 25+