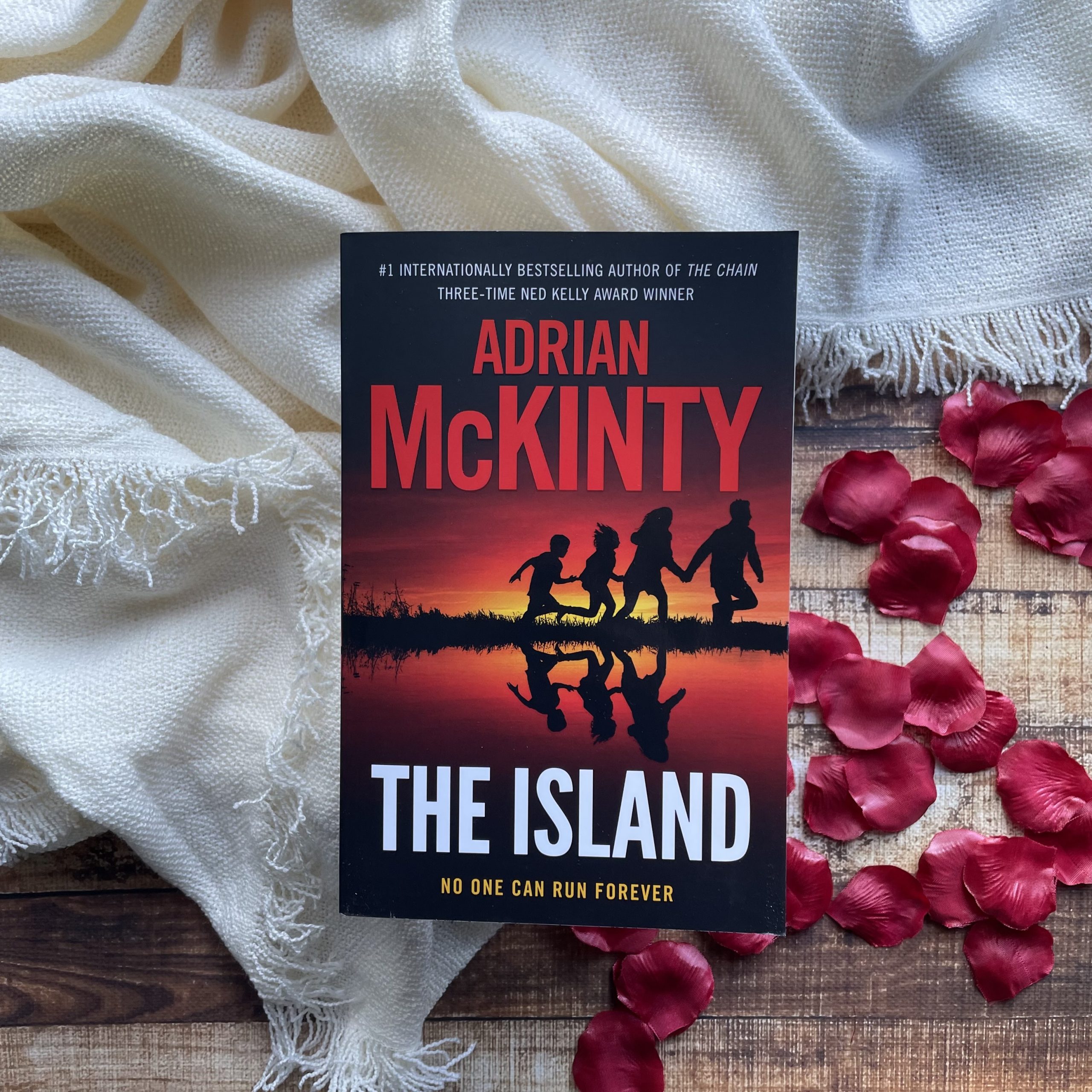 The Island is the next thrilling adventure from the mastermind behind The Chain, and a family story unlike any you’ve read yet.

Adrian McKinty’s The Island is a psychological thriller set largely on a remote Australian island off Melbourne, after a British family become trapped there during a holiday from hell. When they accidentally kill a local young woman, the chaotic, unhinged family of Australians who live on the island start to hunt them down.

When Tom and his children, along with his second wife Heather, travel to Australia off the back of a business trip, they’re unexpectedly thrust in to a life-and-death cat and mouse chase through remote Australian terrain.

“She could feel herself sinking. She was so thirsty. Everything ached. She was sitting cross-legged on the ground. A blood trail was making its way toward her through the dust. She tried to breathe. Breathing hurt. Her ribs hurt. The air was thick.”

I really wanted to like this book, and there were elements of the premise and the plot that intrigued me, but the writing is flawed and the story thinly developed. The dialogue is cliche and caricature, and there’s very little depth to the characters. Every conversation felt like something out of an action movie, not at all realistic nor believable. The main characters were so one-dimensional I didn’t like any of them – even the young teenage girl read much younger in some sections, like a scared child rather than the impressionable teenager she’s meant to be.

I know Adrian spent some time living in Australia, but this reads like someone who hasn’t spent enough time here. He wrote Australians to be so stereotypical and over-the-top. It’s rare to find an Australia who actually says ‘fair dinkum’ once, let alone regularly in a conversation. Even the British family weren’t overly likeable. The husband, Tom, freaks out about not getting his chosen hire car, but the main character talks about him like he’s an amazing husband and father — her feelings and his personality don’t match up.

“Olivia buried herself in Heather’s chest. She’d never really hugged her before except that one time at the wedding, before Christmas. And that was only out of politeness.”

On top of that, you have characters who make foolish decisions based on false beliefs (like believing, after the locals have killed people they love, that they might actually let them go if they surrender?). Other inconsistencies include the family on the island not actually being very good at tracking or hunting, even though they’re supposed to live and breathe this terrain? And why are the villains so overwritten? Jacko is ridiculous and so is Ma, to name just a couple of them. Unfortunately this just wasn’t the book for me.

“Heather watched helplessly as the children were sat down on the floor, their hands tied in front of them, and a noose run from each one’s neck to a hook in the ceiling. Another rope around the neck tied them to the wall of the shearing shed.”

The Island is suited for thriller and crime readers. Readership skews male, 25+