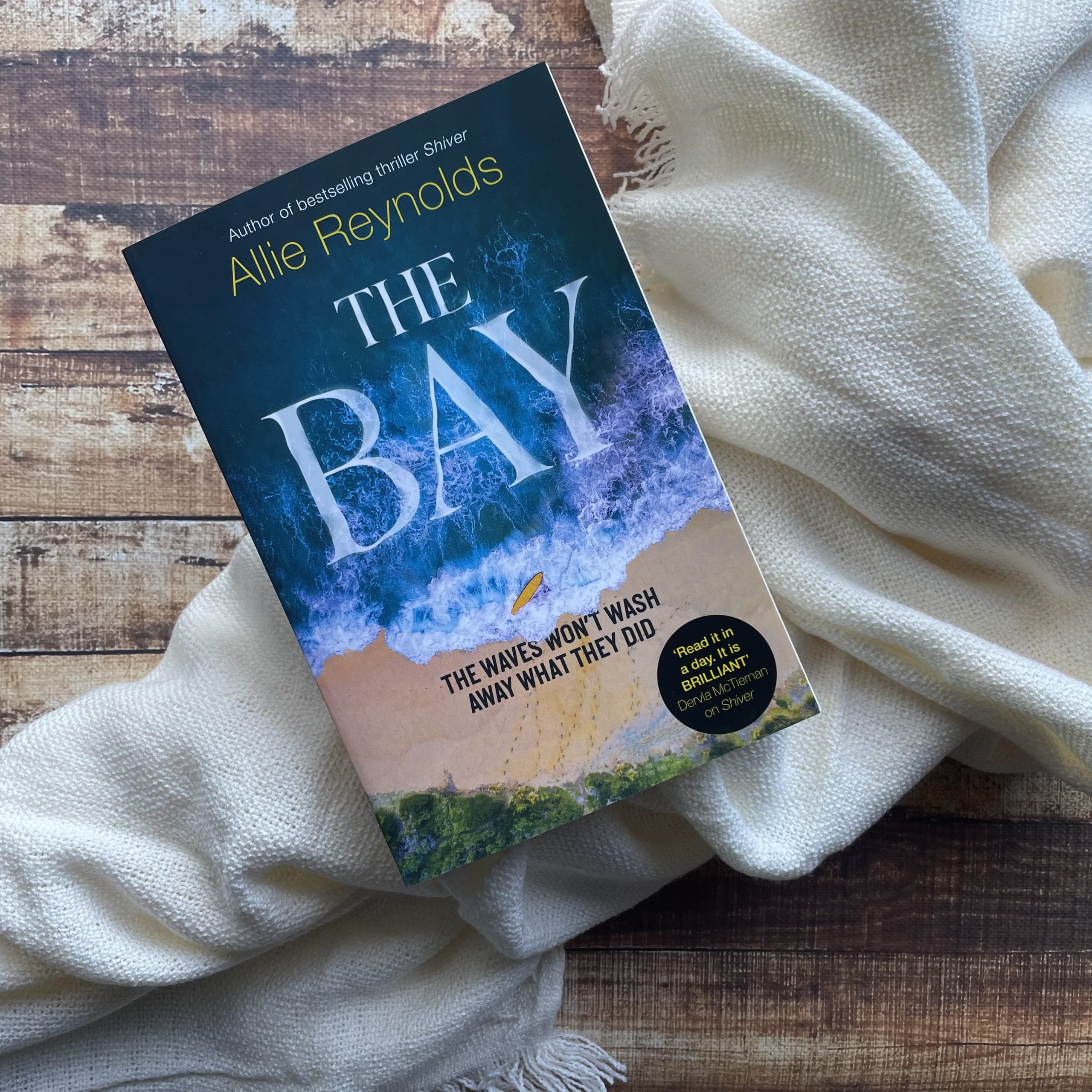 Kenna arrives in Sydney to surprise her best friend. But Mikki and her fiancé Jack are about to head away on a trip, so Kenna finds herself tagging along for the ride. Sorrow Bay is beautiful, wild and dangerous. A remote surfing spot with waves to die for, cut off from the rest of the world. Here Kenna meets a mysterious group of people who will do anything to keep their paradise a secret.

Sky, Ryan, Clemente and Victor have come to disappear from life. But what did they leave behind? As Kenna gets drawn into their world, she sees the extremes they are prepared to go to for the next thrill. And everyone seems to be hiding something. What is her best friend involved in and can she get her away? Because one thing is becoming rapidly clear about The Bay: nobody ever leaves.

Allie Reynolds’ second psychological thriller The Bay is largely set within the confines of a secluded Sydney beach, centred around a group of friends who will do anything to keep the location a secret. The Bay is another adrenalin-charged read for fans of thrillers.

Kenna heads to Australia to surprise her best friend Mikki, who is about to marry a man she barely knows. Kenna’s true intentions for visiting are to convince Mikki to end the relationship, but before she’s able to do that she’s caught up in a surfing and camping holiday that Mikki and her fiancé already had planned with their friends. Suddenly, Kenna is without a phone and sharing a beach with Mikki’s mysterious and arguably suspicious group of surfing friends.

“He’s all over her. I’m not convinced there really are any mosquitoes. I think it’s just an excuse to touch her. I glance at Mikki, embarrassed on her behalf, but she doesn’t react. Almost as if he does this a lot.”

Allie always keeps the group of suspects contained within a secluded environment – with Shiver, it was the ‘reunion’ in the French Alps, and here in The Bay, it’s the unknown beach. The group is always a well-maintained number of people, not too large that you start to confuse characters with each other, and not so small that you can easily guess who the culprit is.

As the characters in The Bay start being killed off, the pool of suspects gets smaller and smaller. And yet, at no point did I feel like I knew who the killer was. Each character has the potential to be responsible – they’ve all got a killer instinct, quick reflexes, and a past they wish to hide.

“The shortboarder pulls alongside the longboarder, gesturing angrily. Behind them, the bodyboarder darts about as though intending to cut up the middle. The wave shuts down, sending them flying in a tangle of limbs, boards and foam. I hold my breath until all three heads surface.”

Dispersed throughout the book are flashbacks from the course of Mikki and Kenna’s friendship, which shows just how long they’ve known each other and what they’ve overcome together. Kenna, once an avid surfer, is still reeling from the drowning accident that killed her boyfriend, and this surfing trip with Mikki might be what she needs to overcome her trauma with the ocean. If only she could trust the people around her…

Most of the book is written from Kenna’s perspective, with a few chapters from the other characters and the occasional italicised chapter from the killer’s perspective. There’s something about Allie’s writing that is incredibly compulsive – dialogue is a real strength and does a lot of the groundwork for establishing the dynamic between the characters. We learn a lot about how the characters deal with their trauma by how they talk about it with others, which explains why the group are a little slow to figure out there’s someone willing to kill off other people to keep their beach a secret.

“The hairs on Jack’s thigh rub my ankle. This guy has no sense of personal space. Clemente looks over at us, his expression dark. Then I notice Sky and Ryan watching me too.”

Fans of Allie’s first novel Shiver will be pleased with this follow up. Another compulsive, unique psychological thriller, and this time with an authentic Australian setting. Readership skews 20+