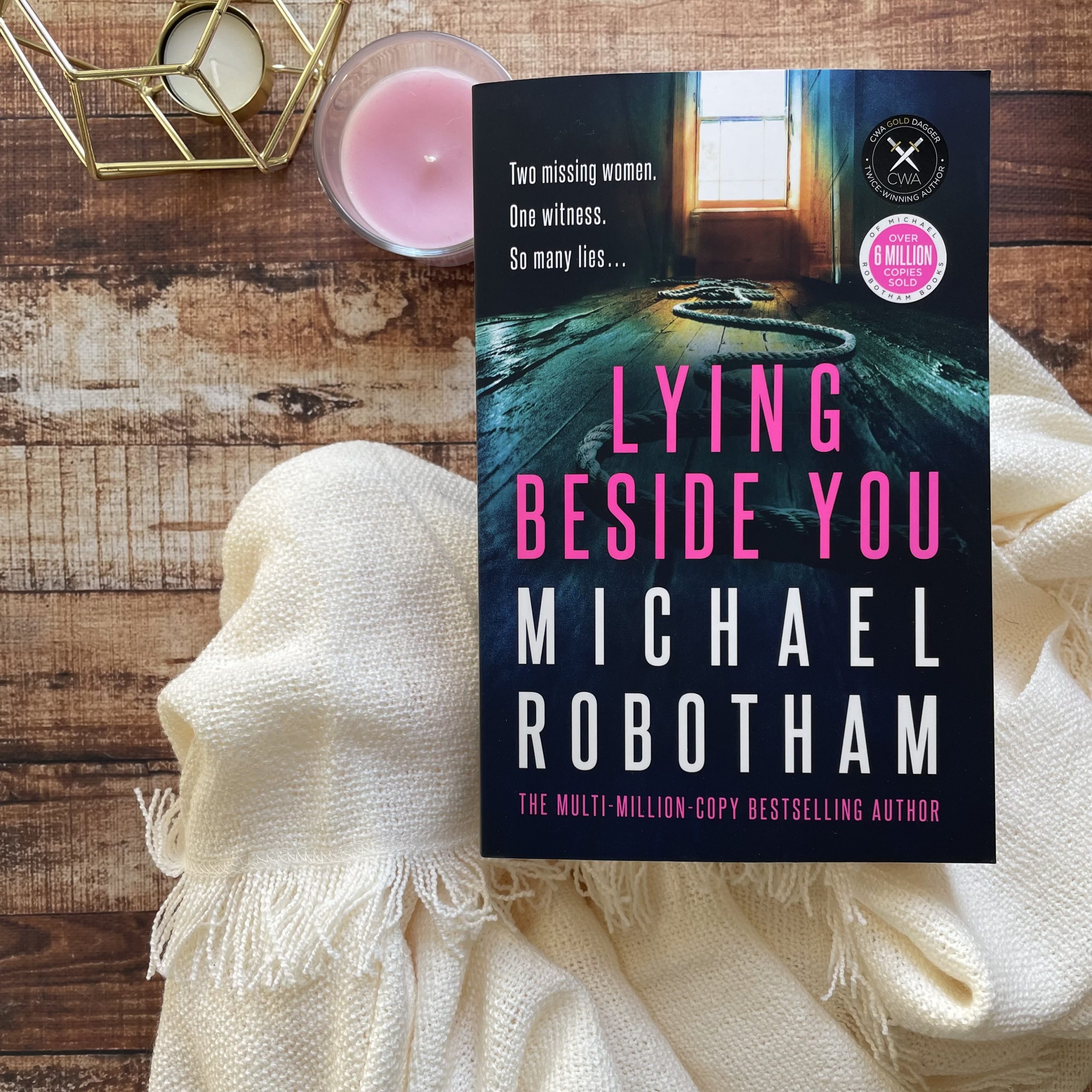 Twenty years ago, Cyrus Haven’s family was murdered. Only he and his brother survived. Cyrus because he hid. Elias because he was the killer.

Now Elias is being released from a secure psychiatric hospital and Cyrus, a forensic psychologist, must decide if he can forgive the man who destroyed his childhood.

As he prepares for the homecoming, Cyrus is called to a crime scene in Nottingham. A man is dead and his daughter, Maya, is missing. Then a second woman is abducted . . . The only witness is Evie Cormac, a troubled teenager with an incredible gift: she can tell when you are lying.

Both missing women have dark secrets that Cyrus must unravel to find them – and he and Evie know better than anybody how the past can come back to haunt you . . .

The next psychological thriller from Michael Robotham, Lying Beside You centres around two missing woman, an attack on a third woman years earlier, and the secret that binds all three victims together.

Regular readers of Michael Robotham will recognise forensic psychologist Cyrus Haven from two of his earlier works – in this latest iteration, Cyrus’ brother is being released from psychiatric hospital and the troubled young adult living with him is the only witness to the abduction of a drunk woman outside of a bar. Over the course of the novel, the case of two missing women will intersect with a seemingly ‘solved’ crime from years earlier.

“I hate arguing with Cyrus. I hate that he’s older than me and that he thinks he knows everything. I hate how he picks me up on my grammar and my vocabulary, like when I say literally when I mean figuratively (whatever the fuck that means). I hate how he laughs at me, but not in a cruel way.”

Whilst this is the third appearance of Cyrus Haven, readers need not have read the first two books to follow this plot. Written in first person and moving between Cyrus and Evie’s perspectives, Robotham’s writing is stripped and almost methodical – no unnecessary prose or dialogue, only containing the elements needed to keep the reader turning the page.

Lying Beside You explores the complex relationship between Cyrus and his brother Elias – Cyrus’ line of work means that he is able to separate Elias from what he did all those years earlier, but that doesn’t mean he can necessarily forgive him, or feel uneasy leaving him alone.

Crime and thriller readers will be pleased with this offering – the pacing quickens, there are multiple mysteries to maintain a reader’s attention, and Robotham weaves them together seamlessly with an explosive conclusion.

“As I walk to my car in the hospital parking area, the air seems saturated with oxygen, making the colours brighter and my senses sharper. I lean back in the driver’s seat of my Fiat and feel my heart beating in my chest. Elias is being allowed out on day release. He expects to come home. The next step will be overnight stays.”

Admittedly, it did feel like there were two separate elements to this plot that didn’t necessarily gel with each other – the central mystery surrounding the two women, and the release of Cyrus’ brother.

The latter storyline felt a bit underdeveloped and quite lost within the overarching story. Elias is on the periphery of the story, not making enough of an impact to give the reader a lasting impression. I kept waiting for something to happen, but nothing in the plot really eventuated and so I’m wondering if this is merely setting something in motion for the next book that features Cyrus Haven?

“Half an hour later, I hear the door open and keys hitting the side table. Boots are kicked off. Mail is checked. An envelope is torn open. Cyrus appears in the kitchen. He looks at the bench, which is covered in flour, caster sugar and cocoa powder.”

Pacey, engaging and original, Lying Beside You is recommended for readers of crime, thriller and mystery. A great present for Father’s Day, readership skews 25+