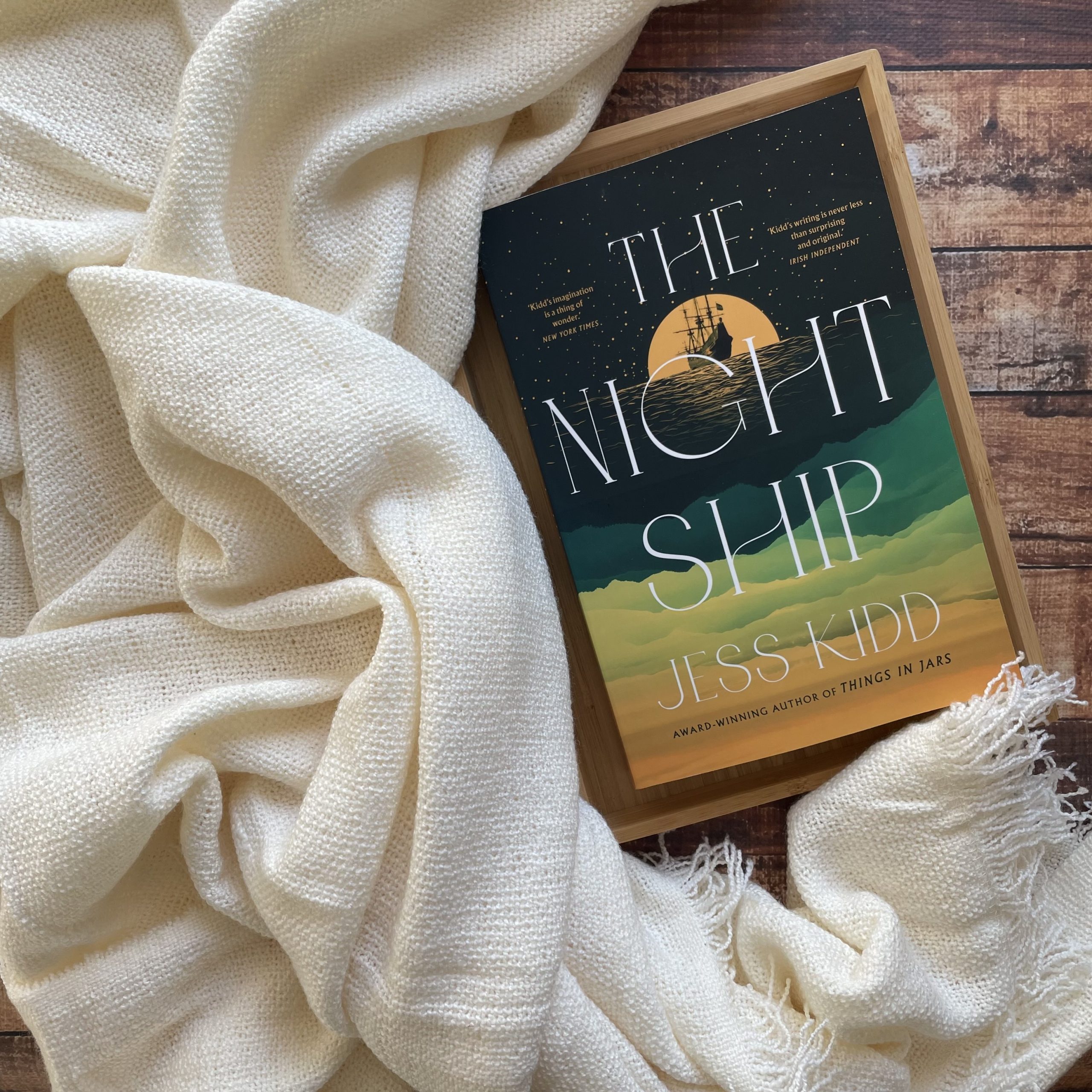 1629. Embarking on a journey in search of her father, a young girl called Mayken boards the Batavia, the most impressive sea vessel of the age. During the long voyage, this curious and resourceful child must find her place in the ship’s stratified world. She soon uncovers shadowy secrets above and below deck and as tensions spiral, the fate of the ship and all on board becomes increasingly uncertain.

1989. Gil, a boy mourning the death of his mother, is placed in the care of his cranky grandfather. Their home is a shack on a tiny fishing island off the West Australian coast, notable only for its reefs and wrecked boats. This is no place for a boy struggling with a dark past, and Gil’s actions soon get him noticed by the wrong people.

Capturing dual timelines, Jess Kidd’s fourth novel The Night Ship reimagines the true story of an Indian Ocean shipwreck in the early 1600s. The Batavia, a Dutch East India Company’s flagship vessel, wrecked off the coast of Western Australia and three-hundred surviving passengers were stranded on a nearby island. Soon, merchants staged a mutiny and began killing off most of the survivors – they imprisoned the rest and by the time help came, over half the survivors were dead.

The Night Ship’s first timeline, set in 1628, follows nine-year-old Mayken on a voyage to find her father. She is accompanied by her nursemaid Imke, who falls ill relatively early into the journey. Mayken, in her naivety, is convinced that Imke’s sickness is caused by an eel-like monster from mythic legend; Mayken journeys throughout the Batavia in search of the creature, trying desperately to save Imke’s life.

The other timeline is more than three centuries later in 1989, where we meet the lost and lonely Gil. His mother has just passed and he’s now living on a remote island with his grandmother. That island happens to be the one that Mayken and her fellow survivors were shipwrecked on when the Batavia fell, and Gil finds himself fascinated by the history of the island.

“By the bottom of the ladder, the heat and the stink overwhelm Mayken: cow dung and something acrid and tarry. A hot stench that suffocates like a grip over the nose and mouth. Mayken breathes as best she can, ignoring the panic rising inside her. It is even darker here than on the gun deck.”

Mayken is highly perceptive and driven to exploring outside of her comfort zone – she dons disguises to venture down to the ship beneath, meeting all sorts of characters who take refuge in the vessel. I did find her storyline to be more interesting than Gil’s largely because tension was building ahead of the shipwreck and knowing the mutiny was ahead proved exciting.

Jess Kidd has quite a mastery with prose, and the balance of description and dialogue – she captures that inquisitive nature of children very well, as well as that lonely, lost feeling when a child craves a parent. Both Mayken and Gil share a sense of independence, Mayken because she already possesses it, and Gil because he’s been thrust into a position where he’s forced to find his own way.

Whilst Mayken’s journey to find and capture this eel-like monster fell to the wayside later in the book, it did add an element of magic realism to the story – an out-of-this-world sense of folklore that I quite enjoy in literature. Some reviewers noticeably felt it didn’t hold the significance or reflection it needed in the book, but without it I feel the pacing on Mayken’s journey would’ve lapsed and it wouldn’t been a slow journey to the shipwreck.

“He takes the scrubby path down the centre of the island. The sky is white-blue and the light beats up off the coral shards. Gil doesn’t want company but wouldn’t mind knowing that living, breathing people are nearby. He’ll go and watch the scientists.”

Towards the end of the book, when tensions on the island are starting to rise, the constant switch in POV was rather jarring. I’d be invested in the mutiny on the island, the murders, the direction of that story, but too often we’d be forced back into Gil’s story and the balance between these two perspectives felt a little off.

Admittedly, there was also capacity for greater exploration into the ‘villains’ of the story – so much bloodshed on that island and yet, not much insight into why that might’ve been. The mutineers felt too clear-cut, not enough depth to them to understand a bit more about their motives.

“It’s dark, they’ve sat at the table that long. Like they do in Italy, says Silvia. Eating, talking, except she’s the only one doing the talking. Gil picks at the burnt cheese on the cannelloni dish. Silvia knocks back the sherry. She sways when she gets up to butter more bread.”

Fierce and haunting, Jess Kidd’s The Night Ship is recommended for readers of literary fiction and historical sagas. Readership skews 25+