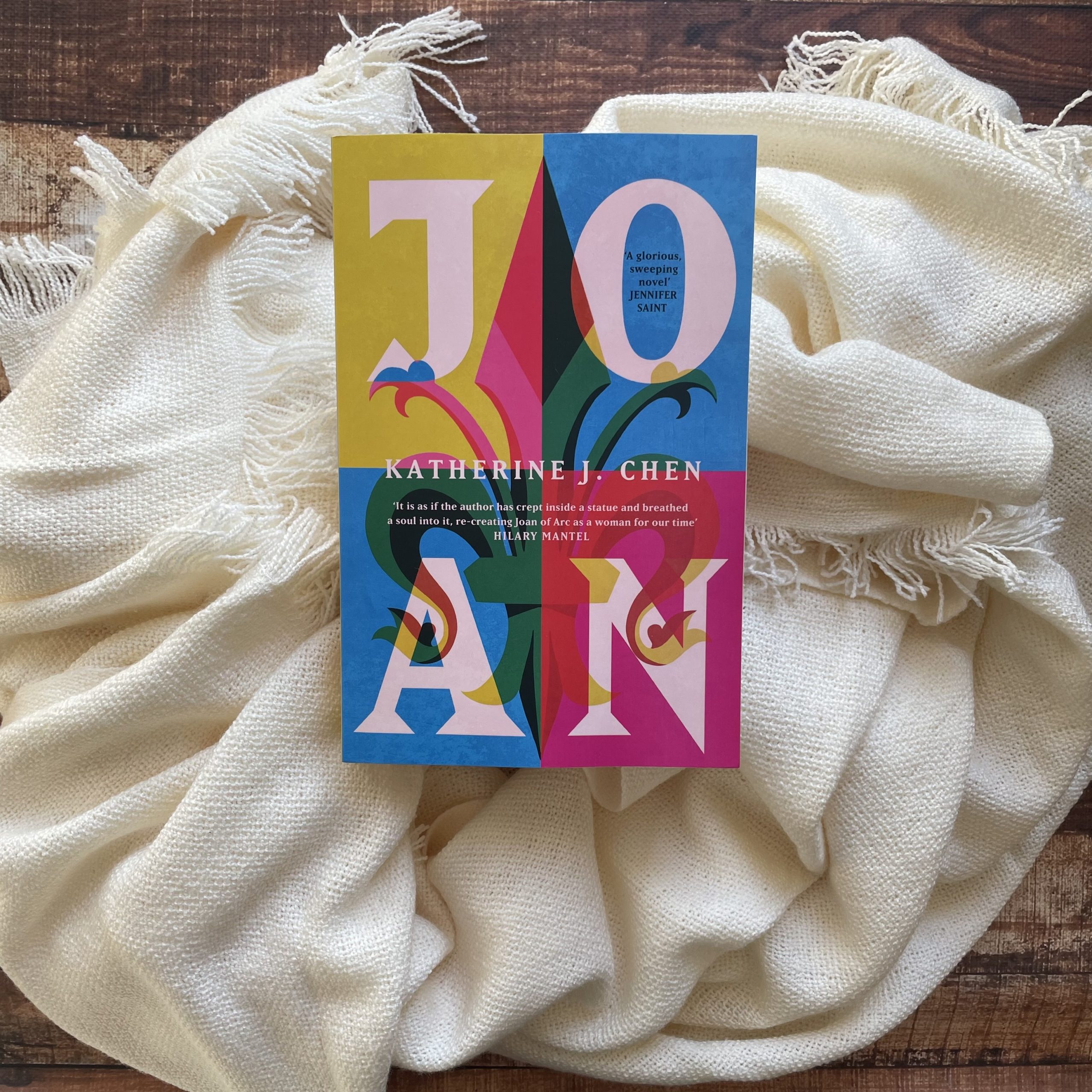 France is mired in a losing war against England. Its people are starving. Its king is in hiding. Yet out of the chaos, an unlikely heroine emerges.

Reckless, steel-willed and brilliant, Joan has survived a childhood steeped in both joy and violence to claim an extraordinary – and fragile – position at the head of the French army. The battlefield and the royal court are full of dangers and Joan finds herself under suspicion from all sides – as well as under threat from her own ambition.

Katherine J. Chen’s Joan is a feminist reimagining of the life of Joan of Arc – a celebration of her remarkable journey through the ranks, leading France to several victories against the English.

Much is already known about Joan of Arc, subjected to visions of saints from age 13 but then burned at the stake at the age of 19 under scrutiny of being a heretic. In Katherine J. Chen’s version, Joan is less motivated by visions and more motivated by personal loss – one day when the English invade their town, Joan’s sister Catherine is savagely attacked and ends up committing suicide. Joan feels motivated in her quest for revenge on the men who brutalised her sister, and now, without her sister alive, she no longer feels she must stay in her hometown and continue to accept the beatings given to her by her demonising father.

“The circle turns. And the wheel spins back, three days after the fair, to the fists of Jacques d’Arc. This time, Joan is limping not in the direction of Hauviette’s cottage but toward the Bois Chenu. She cannot always seek sanctuary in the same places, and tonight she thinks her father’s mood is foul enough to pursue her.”

Chen uses Joan’s physicality as a way of crafting the character and differentiating her book from retellings that precede it. Joan, hated by her father and regularly beaten, grows to be an alarmingly large teenager who can fight back. She can break a man’s bones with just one hand.

We also come to see her as the skilled, intuitive fighter worthy of a following – she can best archers and sword fighters who have been training their whole lives. In Chen’s version, it’s less about Joan’s sense of religion and her miraculous calling from the saints, and more a portrayal of a woman who earns and maintains attention – someone who works hard and learns fast.

“It was an instant of extraordinary beauty. When he recalls the memory, he can’t help smiling. The leap, so perfect, into his arms, and he, seeing her pursuer, did not stop, had no intention of stopping, and looked as if he might thrash him, too, turned his back to Jacques and sprinted away.”

This retelling does seem to focus so heavily on Joan’s actions and her movements that we seem to lose a sense of her as a human being – I just never felt that I got a glimpse at who this Joan was as a person. Perhaps more inner monologue was required to achieve this, as most of the book seems centred around action and dialogue. I was just craving more of Joan’s voice so she didn’t appear to be one-dimensional.

“The moment panic makes her throat close is the moment she becomes aware of smoke and the smell of incense. A crowd is gathering, and a procession of monks heading her way. Joan sees a large wooden cross, wobbling slightly on the shoulder of its stooped bearer.”

Presenting a portrait much more relatable to the modern reader, Joan is recommended for readers of historical sagas and retellings – fans of Jennifer Saint will be a fitting audience for this one. Fans of Game of Thrones might feel that this Joan of Arc seems to bear resemblance to Brienne of Tarth. Readership skews female, 25+