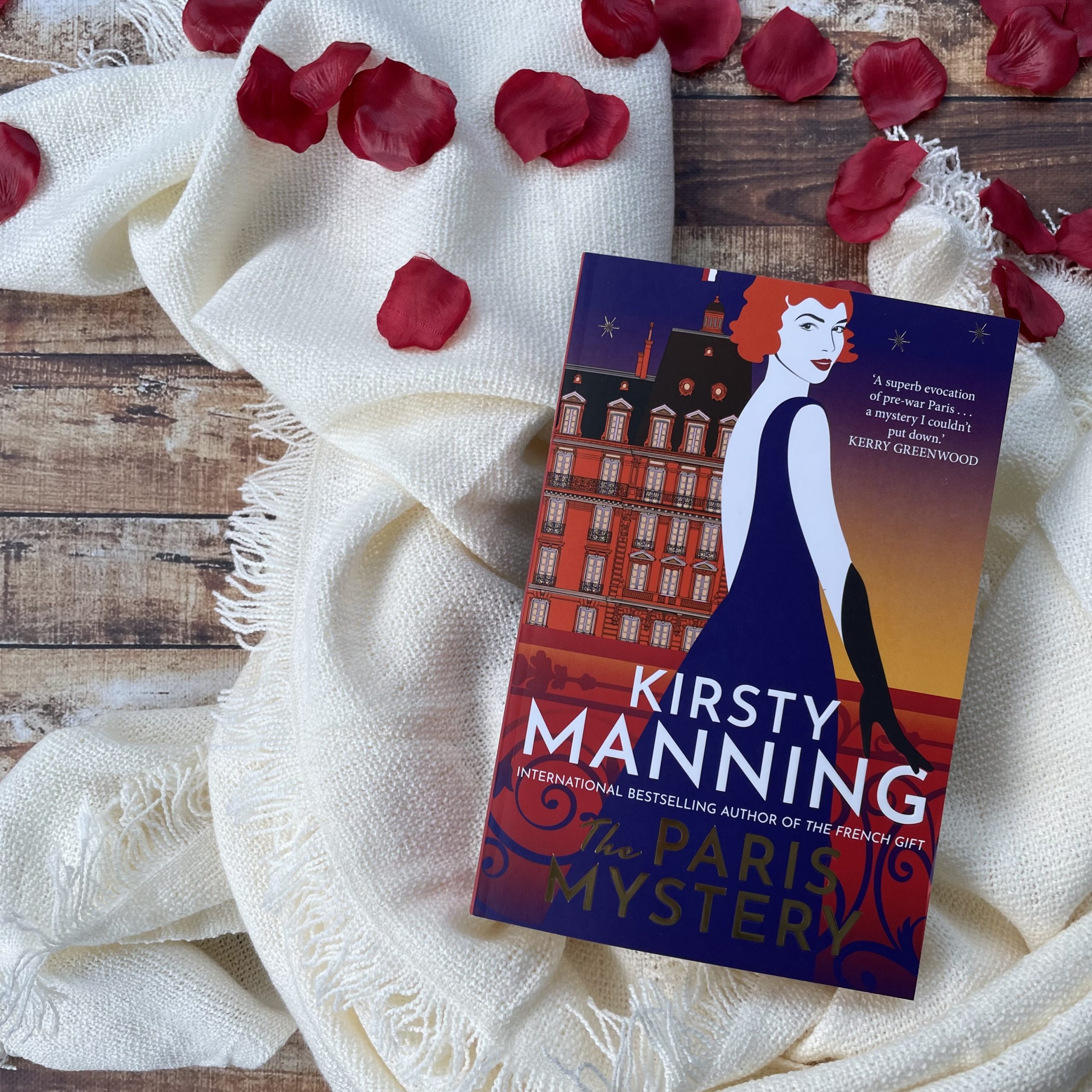 As Australian journalist Charlotte ‘Charlie’ James alights at the Gare du Nord, ready to start her role as correspondent for The Times, Paris is in turmoil as talk of war becomes increasingly strident.

Charlie is chasing her first big scoop, needing to prove to her boss that she can do this job as well as, if not better than, her male counterparts. And the best way to forge the necessary contacts quickly is to make the well-connected expats, Lord and Lady Ashworth, her business. Lady Eleanor knows everyone who counts and at her annual sumptuously extravagant party, Charlie will meet them all.

On the summer solstice eve, the party is in full swing with the cream of Parisian society entranced by burlesque dancers, tightrope walkers, a jazz band and fireworks lighting the night skies. But as Charlie is drawn into the magical world of parties, couture houses and bohemian wine bars, secrets start to unravel, including her own. Putting a foot wrong could spell death …

In this magnificent new beginning to the joyful Charlie James series, Manning beguiles with glamour and mystery set in pre-war Paris.

The first in a new historical fiction series, Kirsty Manning’s The Paris Mystery introduces us to Australian journalist – and sleuth – Charlotte, now living in Paris and determined to escape her past and carve a new life for herself in France.

With war fast approaching, the newly divorced Charlie is excited to start her new job as correspondent for The Times. She is determined to surpass her male counterparts and prove herself but covering a captivating scoop for the outlet. When she attends a party on the eve of summer solstice and a guest ends up murdered, it’s Charlie’s chance to be on the front foot of the story and uncover the truth of what really happened that night.

“At his shoulder Madame Marchand sipped her champagne, her face neutral. Charlie studied her: impeccable skin enhanced with a hint of makeup, coiffed hair, tailored couture. In her late fifties, she looked her age, and Charlie admired that – she hated hollow compliments, and none were more irritating than the suggestion that a woman who looked less than her age was to be feted.”

Set against the backdrop of the glamorous pre-war Parisian lifestyle, Manning has brought France to life with vivid description and eccentric, compelling characters. With a mystery at its core, Manning maintains a compelling narrative that will have readers eagerly turning the pages.

Charlie is a headstrong, efficient protagonist drawn from a number of different inspirations. Manning has crafted an inspiring journalist, driven by more than just a love of the job – she refuses to be underestimated just because she’s a woman. She’s determined and fierce, goal-oriented and hungry to prove others wrong. I think a lot of (female) readers will relate to her, and this determinism is an element that I love when female protagonists take centre stage in historical fiction.

“Charlie remembered that Lady Ashworth had said Maxime Marchand was a fellow patron of the Louvre. She followed Lord Ashworth’s gaze to see a fit man, with excellent cheekbones, in a cream linen suit. Reclining at a corner table, he chatted to a blushing waitress.”

Manning provides a lot of rich detail across the course of the novel – outfits, homes, streets, food, it all helps paint a picture and allows us to imagine the setting with ease.

Something I did struggle with, particularly at the beginning and still in the middle of the book when we were still getting to know all the characters– a lot of them have names starting with M, and I would constantly mix them up: Madame Marchant, Maxime Marchant, Conrad McKenzie (often referred to as just ‘McKenzie’), Mercedes and Milly Goldsmith.

“This was Charlie’s first time in such a fancy fashion house, and she felt giddy with excitement. Though her work clothes were plain, she loved dressing up for evenings out, fixing her hair and applying a bright red lip – it made her feel vibrant, strong and attractive.”

Fun and extravagant, The Paris Mystery is recommended for readers of historical and crime fiction. Readership skews female, 25+