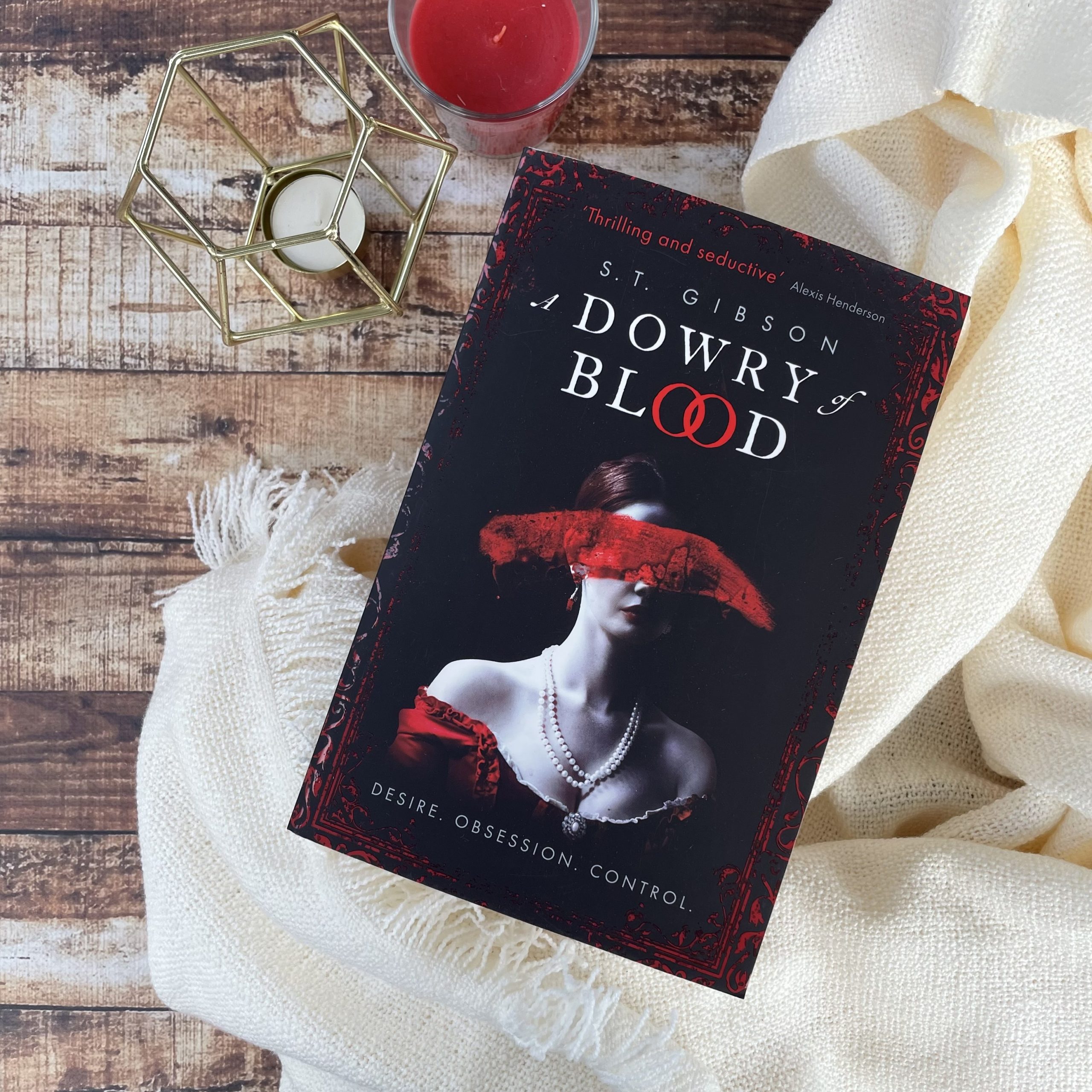 A deliciously dark retelling of Dracula, A Dowry of Blood is a sensual story of obsession, desire and the lengths we will go to protect the ones we love.

Saved from the brink of death by a mysterious stranger, Constanta is transformed from a medieval peasant into a bride fit for an undying king. But when Dracula draws a cunning aristocrat and a starving artist into his web of passion and deceit, Constanta realizes that her beloved is capable of terrible things.

Finding comfort in the arms of her rival consorts, she begins to unravel their husband’s dark secrets. With the lives of everyone she loves on the line, Constanta will have to choose between her own freedom and her love for her husband. But bonds forged by blood can only be broken by death.

Exploring obsession, desire and queer relationships between vampires, S.T. Gibson’s A Dowry of Blood is written from the perspective of one of Dracula’s first wives and catalogues their relationship across the ensuing centuries as Dracula begins forming new marriages. Soon, a tale of love turns into a story of entrapment, and Constanta becomes desperate to leave.

The story chronicles a very large span of time over quite a short number of pages. And with a limited number of characters, the book does feel deliberately claustrophobic. We live in Constanta’s head for the entirety of the novel, and we watch as her obsession morphs into wariness. And then, finally, she gains motivation to change her circumstances.

“Those years are a dark smear across my memory; everything feels blurry and hollow. Plague drains not only victims but whole cities of life. It freezes trade, decays parishes, forbids lovemaking, turns childrearing into a dance with death. Most of all, it steals time.”

Most reviews about this book are glowing, and whilst there are elements of this book that are to be commended – the queer representation, the exploration of Dracula’s relationships in such a sensual manner, the beautiful European settings – the book fell flat for me. We move through the decades so quickly we don’t really have a lot of time to sit with any of the main characters, and I didn’t feel I grew to care for Constanta because other characters intersected in the plot far too quickly.

A story like this could move a little slower, allowing for deeper character development, and more exploration between Constanta and Dracula so that their dynamic is more solid before their relationship starts to change.

“We travelled by coach for days, drowsing in the sunlight hours and passing our time with quiet conversation or solitary activities by night. You became more withdrawn the closer we got to the Spanish border, referring to notes and letters you kept tucked into your datebook over and over again.”

Admittedly, the novel starts to feel repetitive as Dracula forms new romantic relationships. We have a short span of time with Dracula and Constanta, and then Magdalena comes along, and then, finally, Alexi. It felt like a cycle that just kept repeating but we weren’t learning anything new.

Another element I thought was under-explored – we didn’t have enough time to really explore the characters or their arcs because the book focused so much on sex. There was definitely room for us to experience these relationships on more than just a sexual level. Who were these characters outside of the bedroom? I’m not sure we ever really found out.

“Even surrounded by the flowering beauties of Spain, Magdalena’s loveliness was undeniable. She cut through the crowd like a shark darting through shallow waters, her teeth bared with laughter. She never missed a step, and never stayed with one partner for long.”

A sexual exploration of Dracula’s relationships, A Dowry of Blood is recommended for younger readers. Readership skews female, 18+