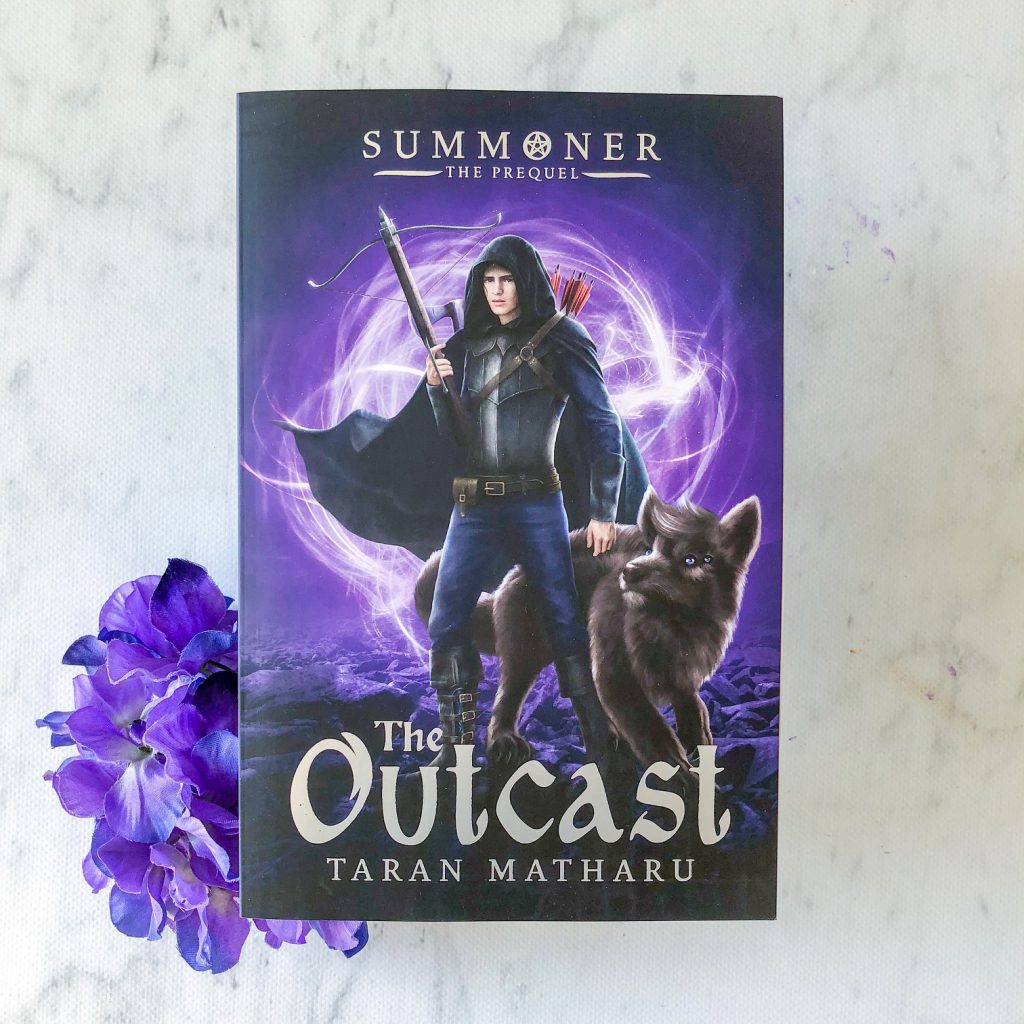 Arcturus is just an orphaned stable boy when he discovers he has the ability to summon demons from another world. He is sent to Vocans Academy where the lost arts of summoning, spell craft and demonology are taught to the noble children of the Empire.

As the first commoner gifted with this ability, his discovery challenges the nobility and the powers that be and Arcturus soon makes enemies. With no one but his demon Sacharissa by his side, Arcturus must prove himself as a worthy Summoner …

The Outcast by Taran Matharu is the prequel novel to the bestselling children’s fantasy series, Summoner. It’s about young kids who have the rare gift of being able to summon demons from another world.

This novel is most enjoyable, taking the reader on a fun, adventurous journey full of orcs, dwarves, demons and magic. Whilst the characterisation is pretty weak — the characters are not really relatable and their motivations seem very stereotypical — the pacing is great. Each chapter ends on a note that wants you to keep reading, and the book definitely drew comparisons to the Harry Potter series.

‘Prince Harold, why do you think your father has sent me away?’
‘Lord Forsyth, the reasons are threefold. The first is that in the last dwarven rebellion, the noble families suffered several deaths, and this could happen again if the ongoing altercations with the orcs become any worse. With commoners to swell our ranks, we will be able to take fewer risks, giving the more dangerous missions to them.”

At its core, the novel explores racism and prejudice. Everyone is so surprised that a commoner has the ability to summon a demon, but they treat Arcturus terribly and two students even try to kill him. However, over the course of the novel, Arcturus learns to trust other students and he forms strong friendships with a few other kids in the academy.

The novel is subject to quite a few significant flaws. It’s unrealistic how Arcturus is privy to so much sensitive information, even from the the beginning of the book. This is noticeable in most scenes where Obadiah is present — a powerful man like that wouldn’t tell him as much as he does, and he wouldn’t have his students discussing and understanding all of the political knowledge of the land and school. It feels a lot like an info dump to the reader.

“Now he could see the animals, like the deer of the north but with twisting horns and a ribbon of black separating their white-furred bellies and the sandy coat above. They were strange creatures to be sure, and he had no idea what they were.”

Arcturus actually spends very little time at the academy learning how to control demons and magic. He’s there for a very short time before he’s out in battle trying to stay alive. Realistically, he should be terrible. He’s a novice. But somehow he seems really experienced? This is very unrealistic.

The ending of the novel is also unrealistic. It ends too abruptly. This prequel storyline is too complex to be captured in a four-hundred page novel. The pacing may be good, but Taran has squished too much information and history and plot into this novel.

“Arcturus fell to his knees, the pain of Sacharissa’s injury flaring like lightning across his brain. He could barely see through the agony, only feel the tremors of the Phantaur’s approaching steps.”

Younger children will love this, but adult readers aren’t the target audience. This is not a crossover fantasy series, so I’d recommend this to young eyes, and to parents/family looking to buy a gift for a younger reader. The Outcast is a prequel, so no prior knowledge of the series is required. I haven’t read any of this series and I followed along just fine.